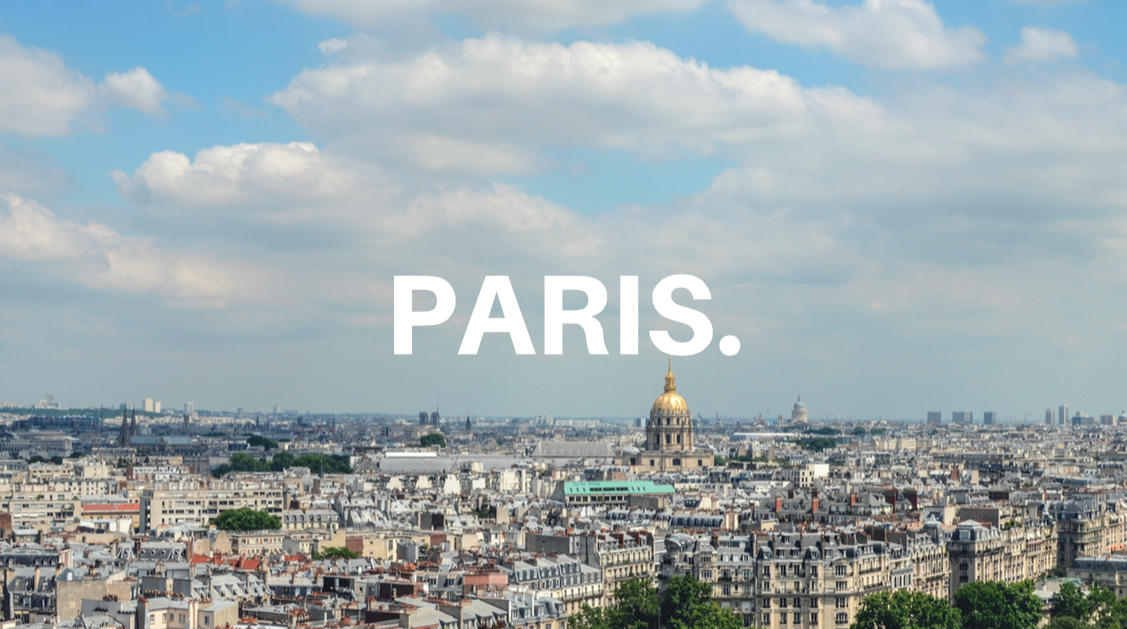 Paris has always been a city I have wanted to properly visit. After several years of skimming the outskirts of the city with my family on our way down to Spain, and a brief visit on the France school trip when I was 11, when my main concerns were eating different European Haribo sweets and taking endless pictures of my school friends on the coach, I have always wanted to discover and photograph this beautiful city. So here is a little photo travel diary, filled with the places that Sam and I explored during our week in Paris. 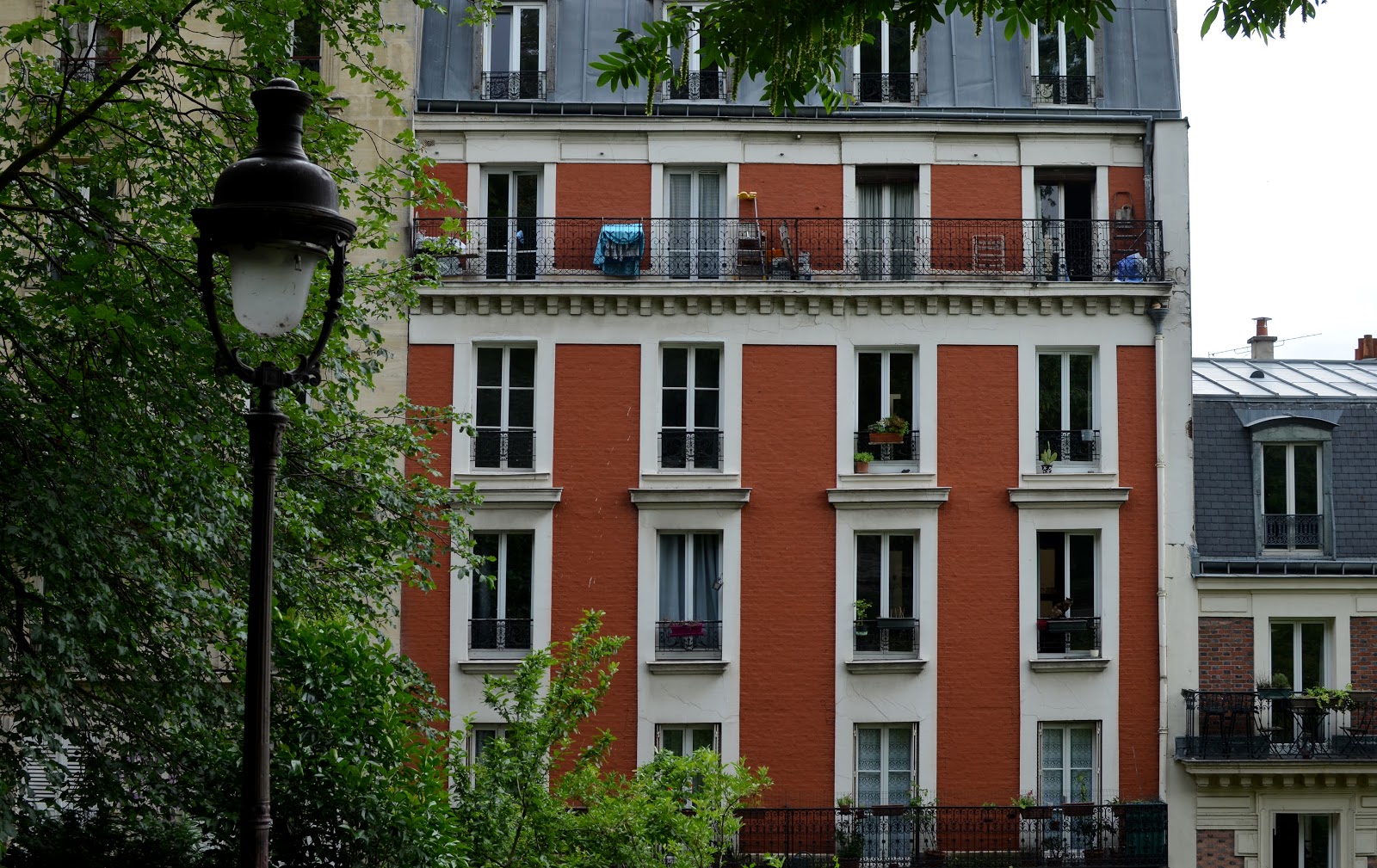 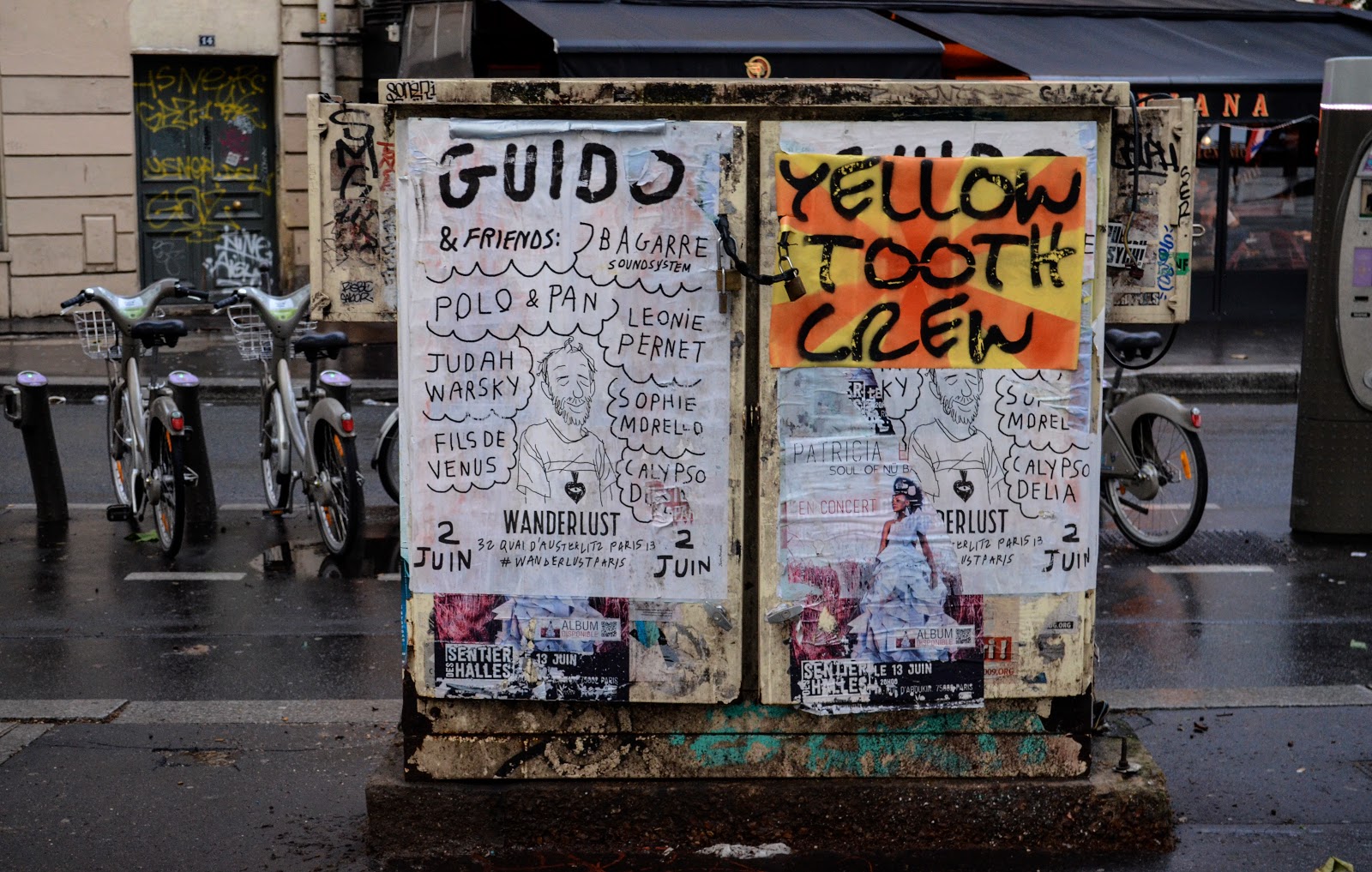 20th June: We set off early to St Pancras International to catch our Eurostar train, little did we know that the morning would be filled with all sorts of chaos. Due to the issues with trains in the UK at the moment, we arrived at the station only to be told our train and the following train had been cancelled, moments before it was due to arrive. Luckily we were able to get a lift to a different station where we could get a direct train, 10 minutes into the car journey Sam realised he hadn’t packed his passport… We panicky drove back to the house, and then set back off hoping we would be able to make the train in time. Thankfully the train was delayed, so we managed to make it by a few minutes. We arrived at St Pancras with little time before our check in closed, so we headed straight for check in and security. The drama continued when my bag was flagged up due to a bottle of champagne I had packed. We were told that our particular train was a ‘dry train’ and that because of the Euro’s no alcohol could be taken onboard. I completely understood their reasoning, but as we were obviously a couple going away for a short break in Paris, they did feel a bit sorry for us when they confiscated it so offered us a later train that we were able to take it on. Unfortunately we had to be in Paris at a certain time to pick up our apartment keys, so much to my disappointment I said goodbye to the champagne and we boarded the Eurostar.

Direct from London to Paris our train terminated at Gare Du Nord, and immediately the hustle and bustle of Paris was around us. Managing to navigate our way around the station with our cases we found the right metro line and in a few stops we had arrived at Bastille. Our home for the week was a beautiful Airbnb apartment right outside the metro, it was perfect for the both of us. We spent our first evening in the local area, having a little look around and getting ourselves some food for the week. 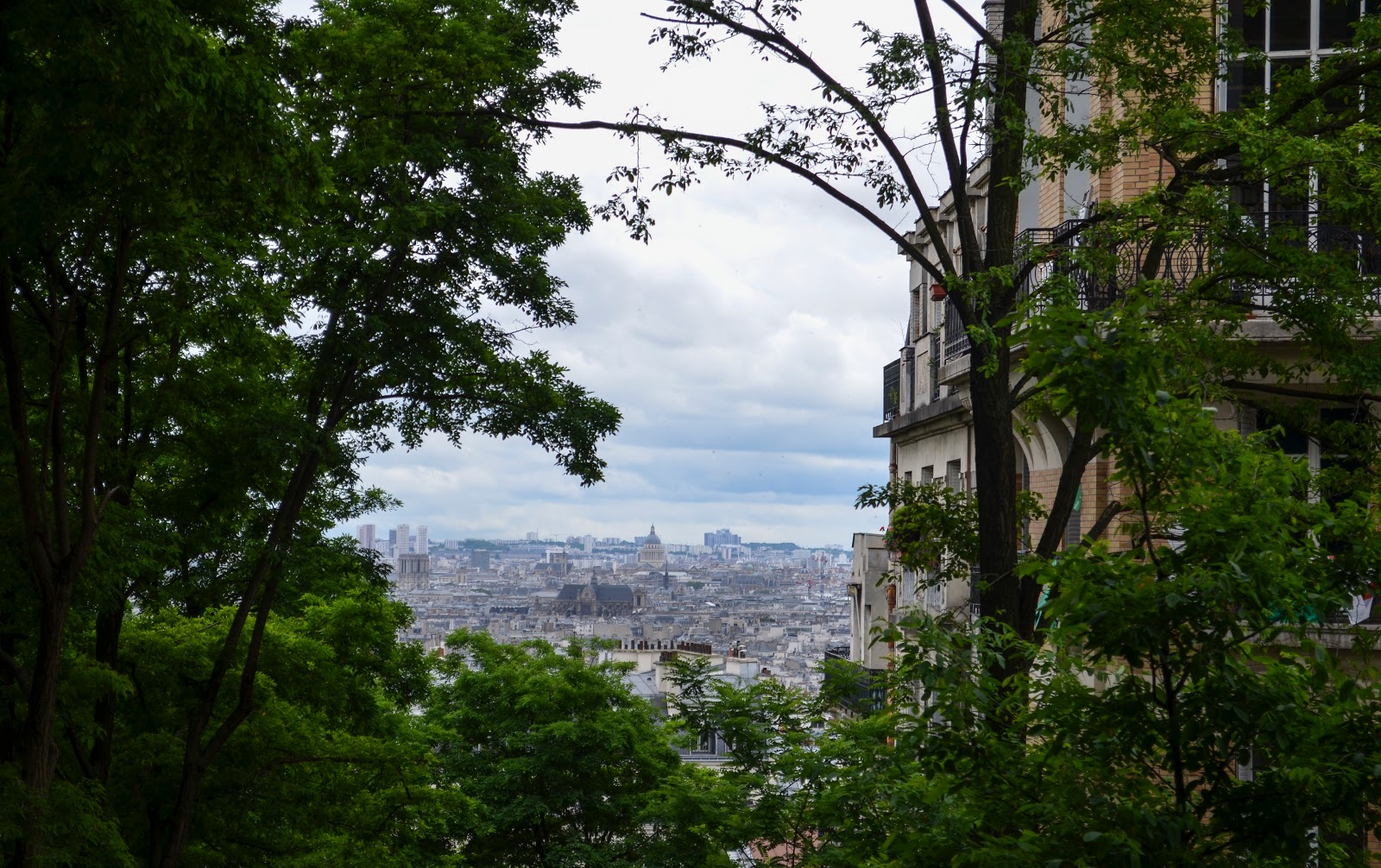 21st June: We had a list of a few places we wanted to visit while we were there, so made a start by visiting the Sacred Heart Basilica of Montmartre. The view across the city was incredible, and gave Sam and I the perfect opportunity to take some photos. After this we headed the the Arc De Triomphe, and wandered down the Champs- Élysées with a quick stop in Sephora for me and the Nike store for Sam. The rest of the day was spent having lunch and grabbing coffee as we wandered along the river, somehow ending up at the bottom of the Eiffel Tower as we got carried away walking, talking and taking photos. 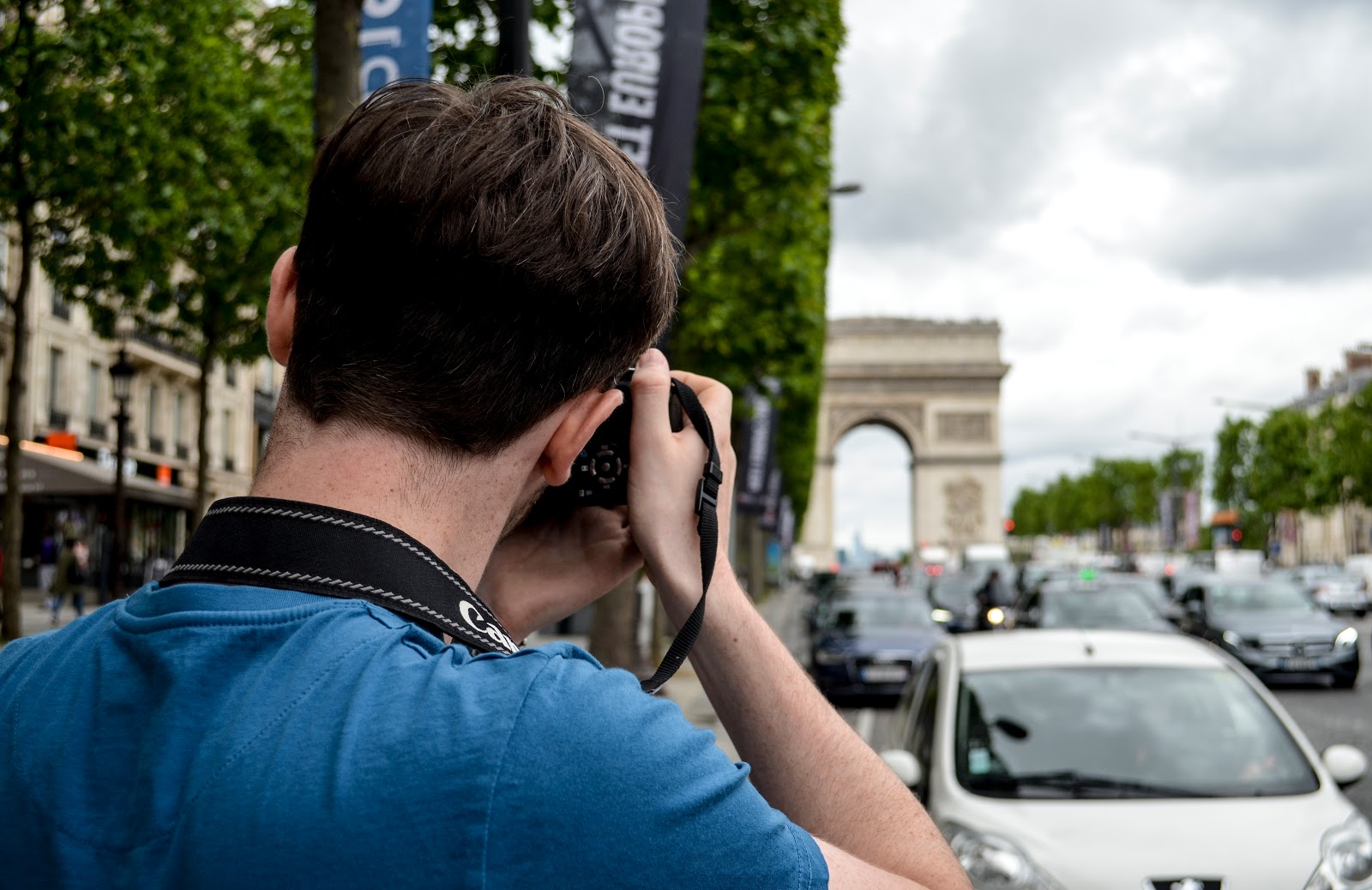 22nd June: Disneyland! We both decided not to take our camera’s with us, and instead used our phones as we wanted to take as little as possible to carry around the park. To see some of our Disneyland snaps have a look at my Instagram. 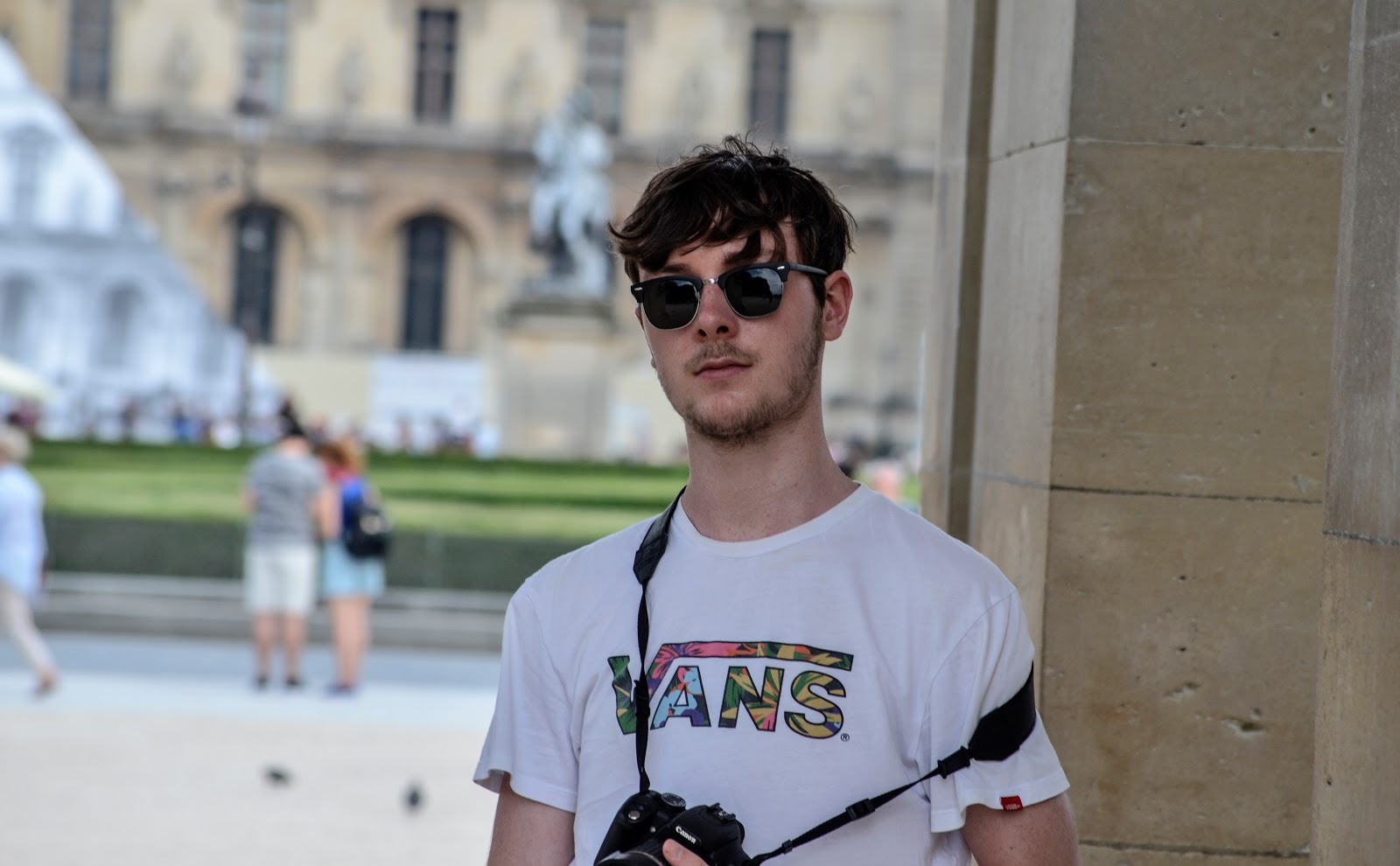 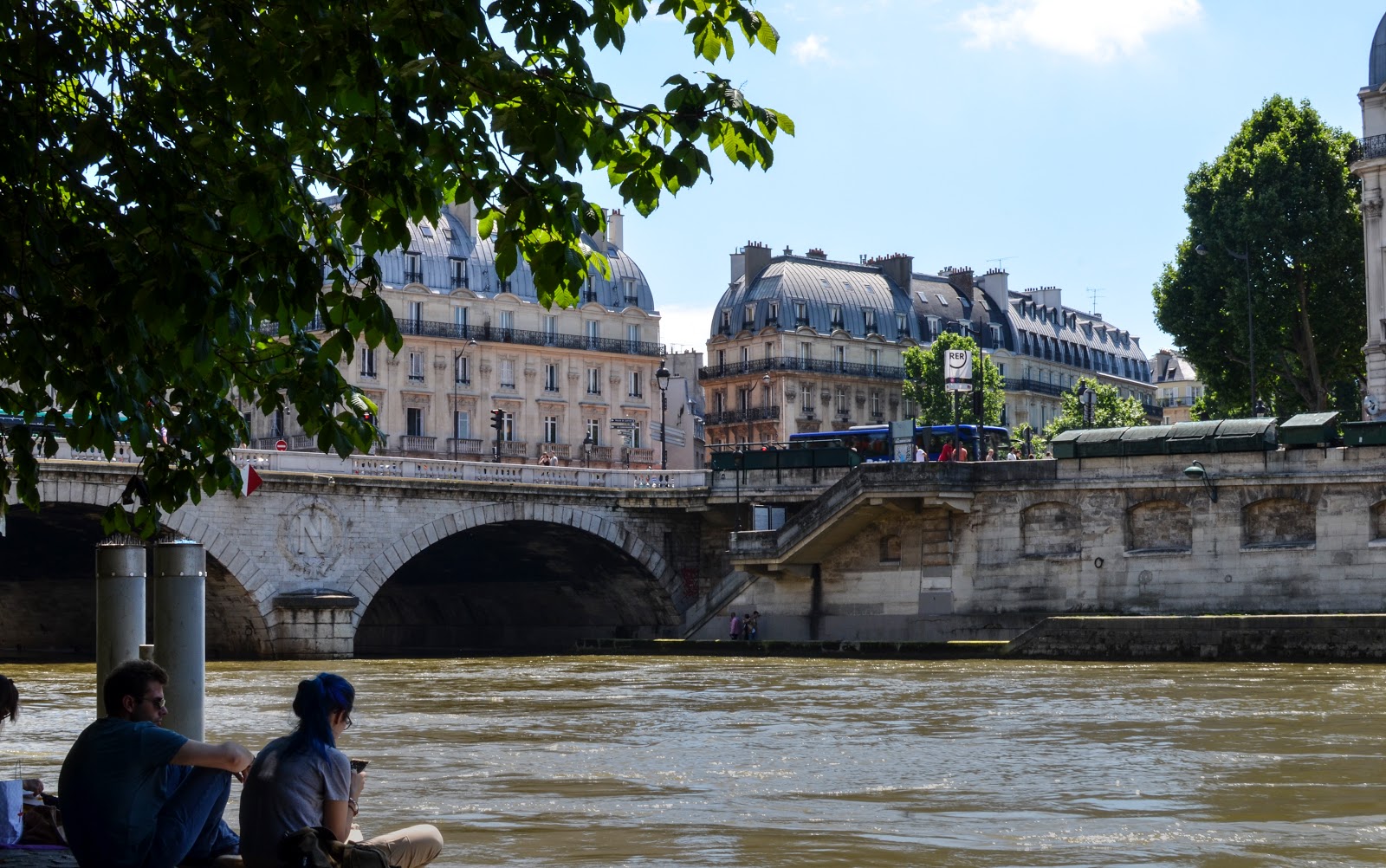 23rd June: On Thursday the weather was absolutely perfect. For me at least. Sam on the other hand was not overly pleased with the 30+ degrees weather in Paris. Never the less we set off to visit the Notre Dame, and then spent a little bit of time exploring Île de la Cité, the island that the cathedral is on. We also found this little shady spot along the river to sit and have some lunch. For the rest of the day we visited the Louvre, and then headed home early to get ready to go out for dinner. Sam found a small local restaurant called Le P’tit Breguet, which we decided to give a go, the food was lovely and we both enjoyed the house mojito’s! 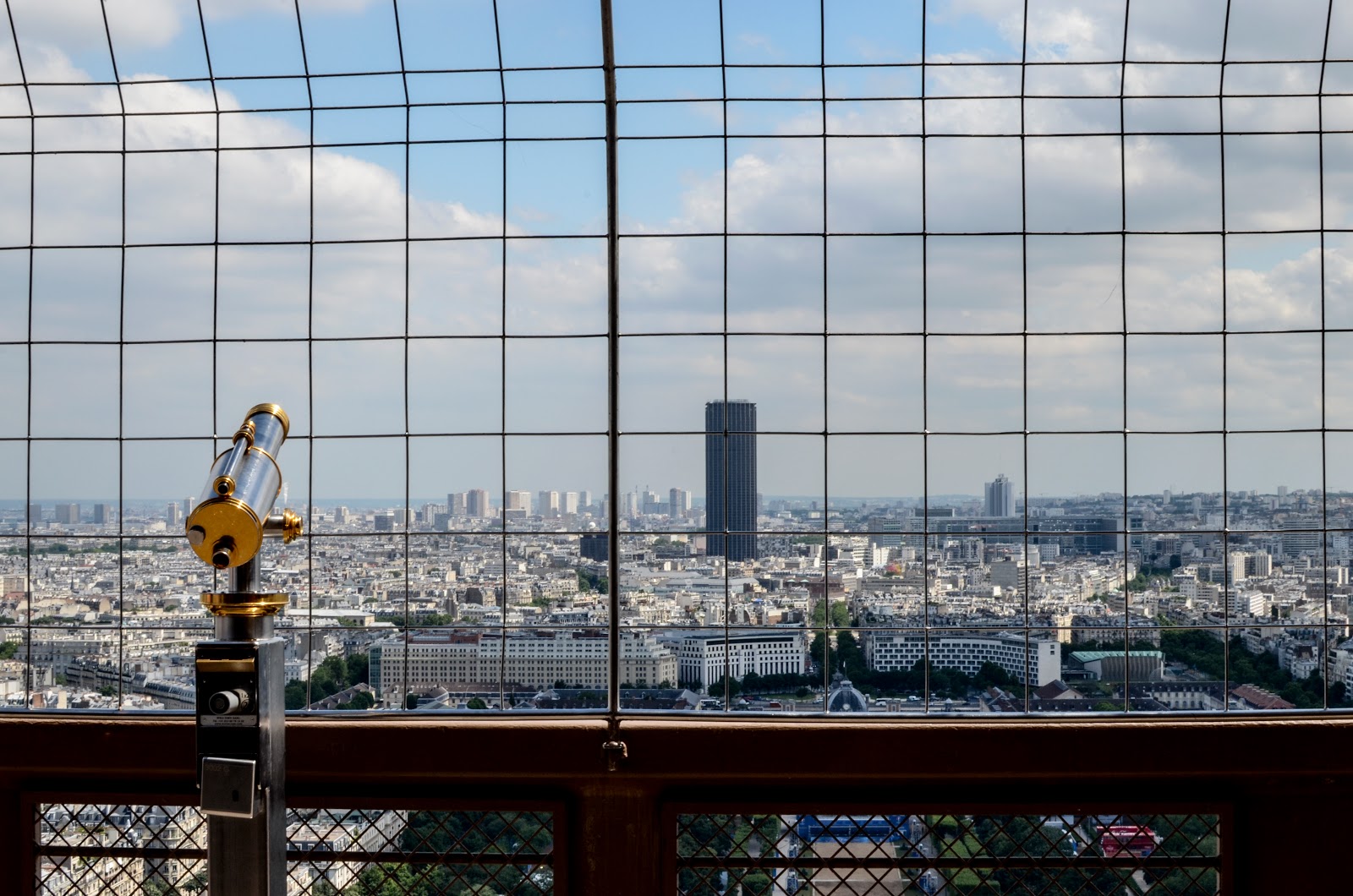 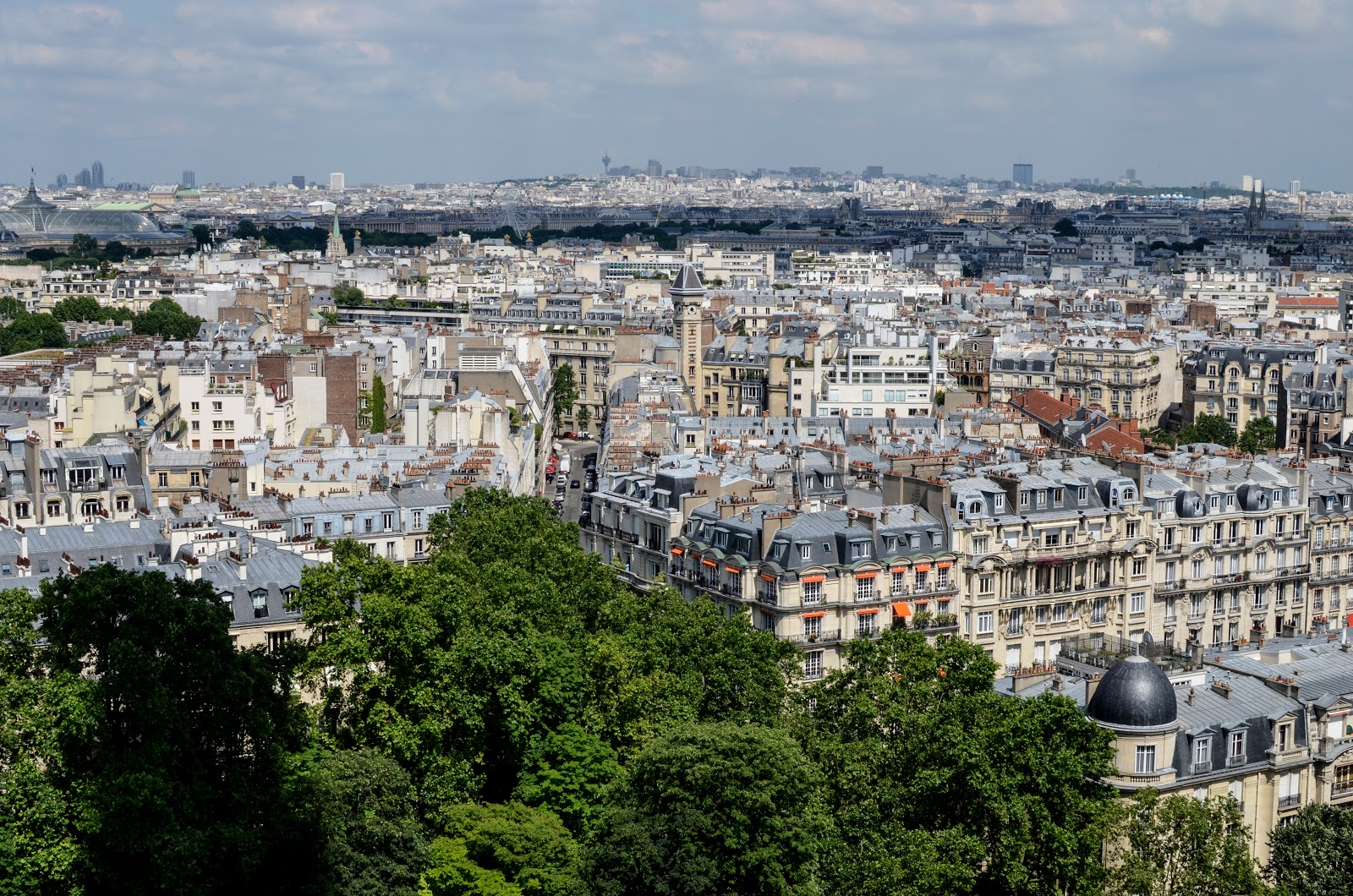 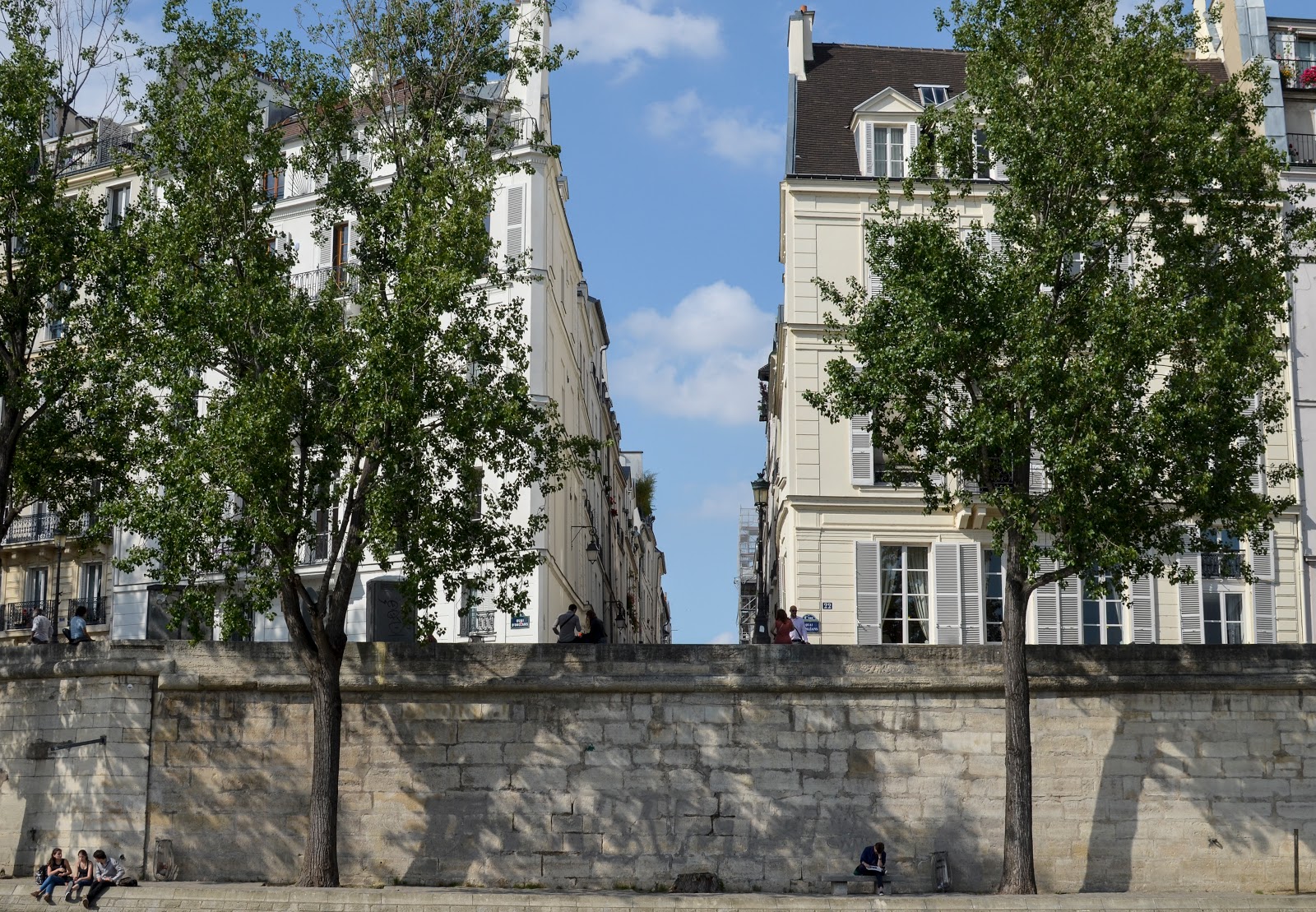 24th June: We woke up to the new of the EU referendum, and after a little bit of a shock we had a slow start to the morning, watching the news and keeping up on social media with the current situation back at home. We finally headed out at about lunch time and as it was our last full day in the city we decided to properly visit the Eiffel Tower, being students we opted for the cheaper tickets and therefore used the stairs to walk to the first and second floor viewing platforms. As expected we could see for miles, as it was such a clear day. We circled both platforms and then made our way back down and headed towards the river. We had a river cruised booked before we arrived, so took this as the perfect opportunity to see the bits of the city that we had not yet seen. It was nice to see things from a different perspective, and nice to sit down after choosing the stairs at the Eiffel Tower. Our last stop for our last day was the lock bridge, a place where many couples and friends choose to secure a lock to this particular bridge when visiting Paris. We found a little spot in the middle of the bridge to place our lock, with a wonky S + M engraved into it with a corkscrew, I didn’t care that it wasn’t perfect, I was so happy to have something for both of us from our trip to stay in Paris once we had left. 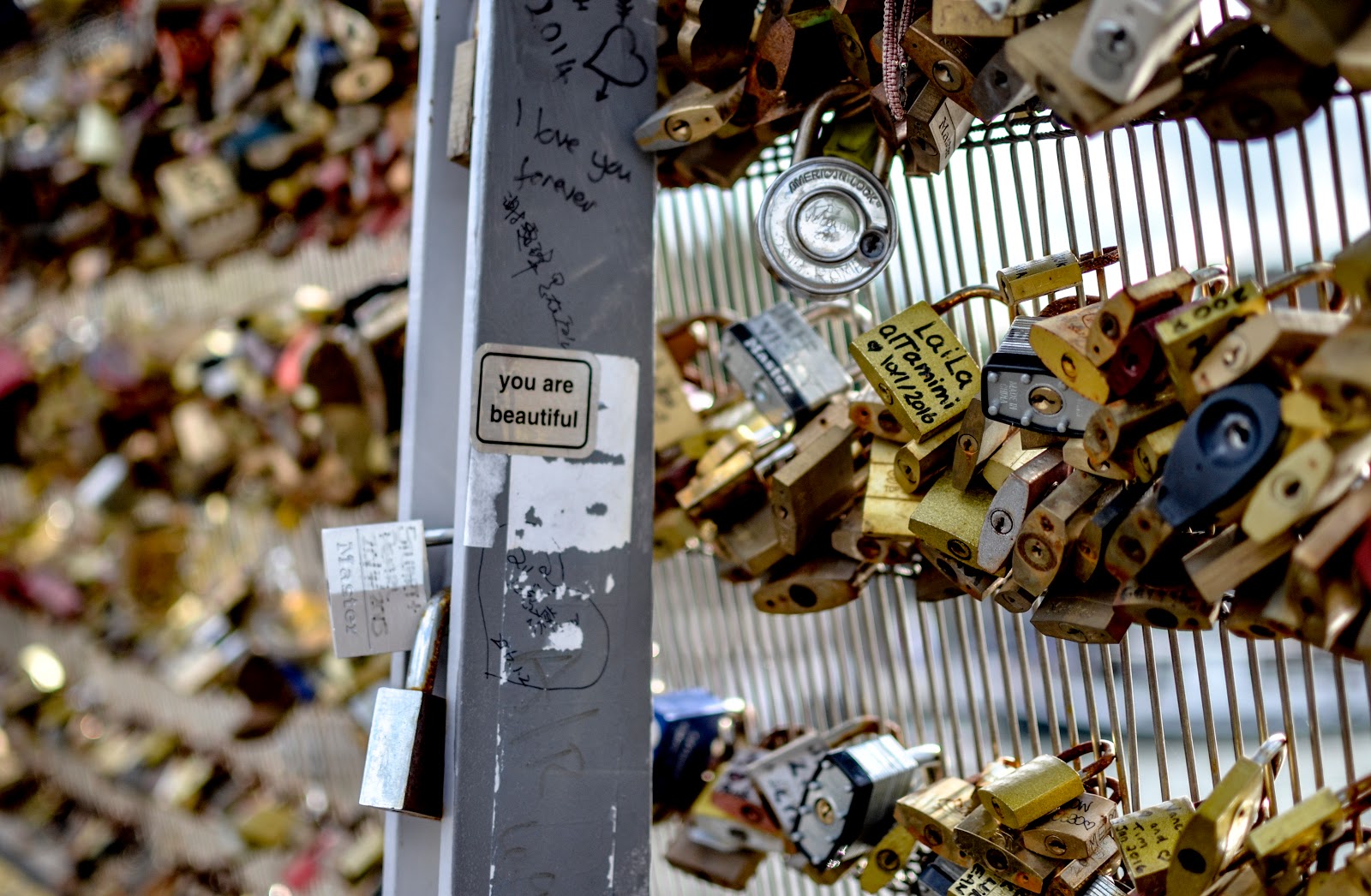 25th June: As we had to check out of our apartment at 10am we woke up early to make sure the apartment was tidy and clean before we left. Our train home wasn’t until the afternoon so we took the opportunity to visit Jardin Du Luxembourg for lunch, we had attempted to visit the gardens previously in the week but they had been closed and it was somewhere both of us wanted to see. The gardens were beautiful, and we managed to spent most of our afternoon there before quickly going back to grab our bags and then heading up to Gare Du Nord to catch our train back to London. 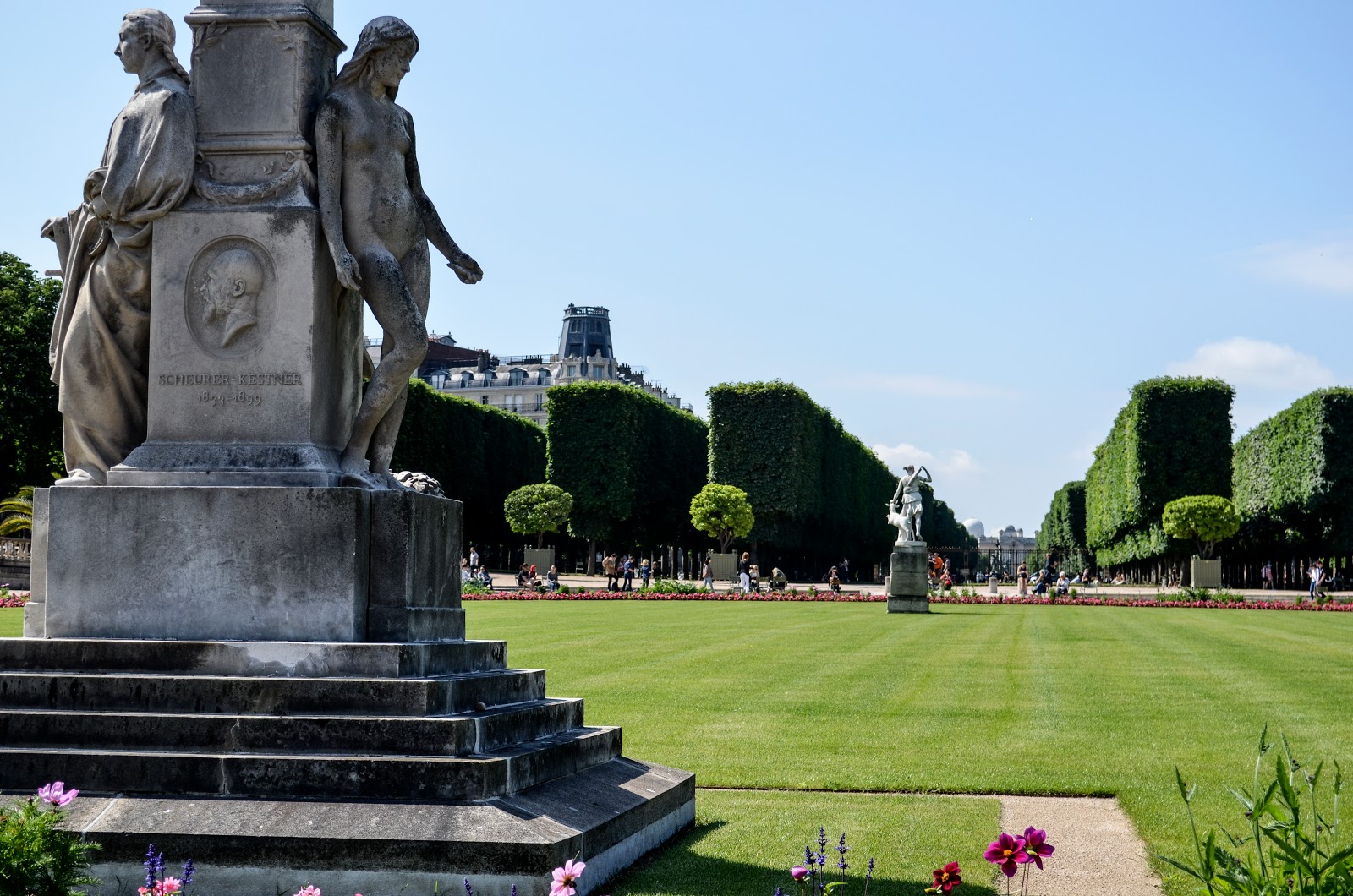 Then just like that, our little Paris adventure had come to an end. I couldn’t have asked for a better week, it was so lovely to experience everything with Sam, especially with both of us having our cameras, it made the week so enjoyable. I know for sure that I will definitely come back to this city if I get the opportunity. To see more of my Paris pictures, visit my Instagram: ameliagilmoreblog.