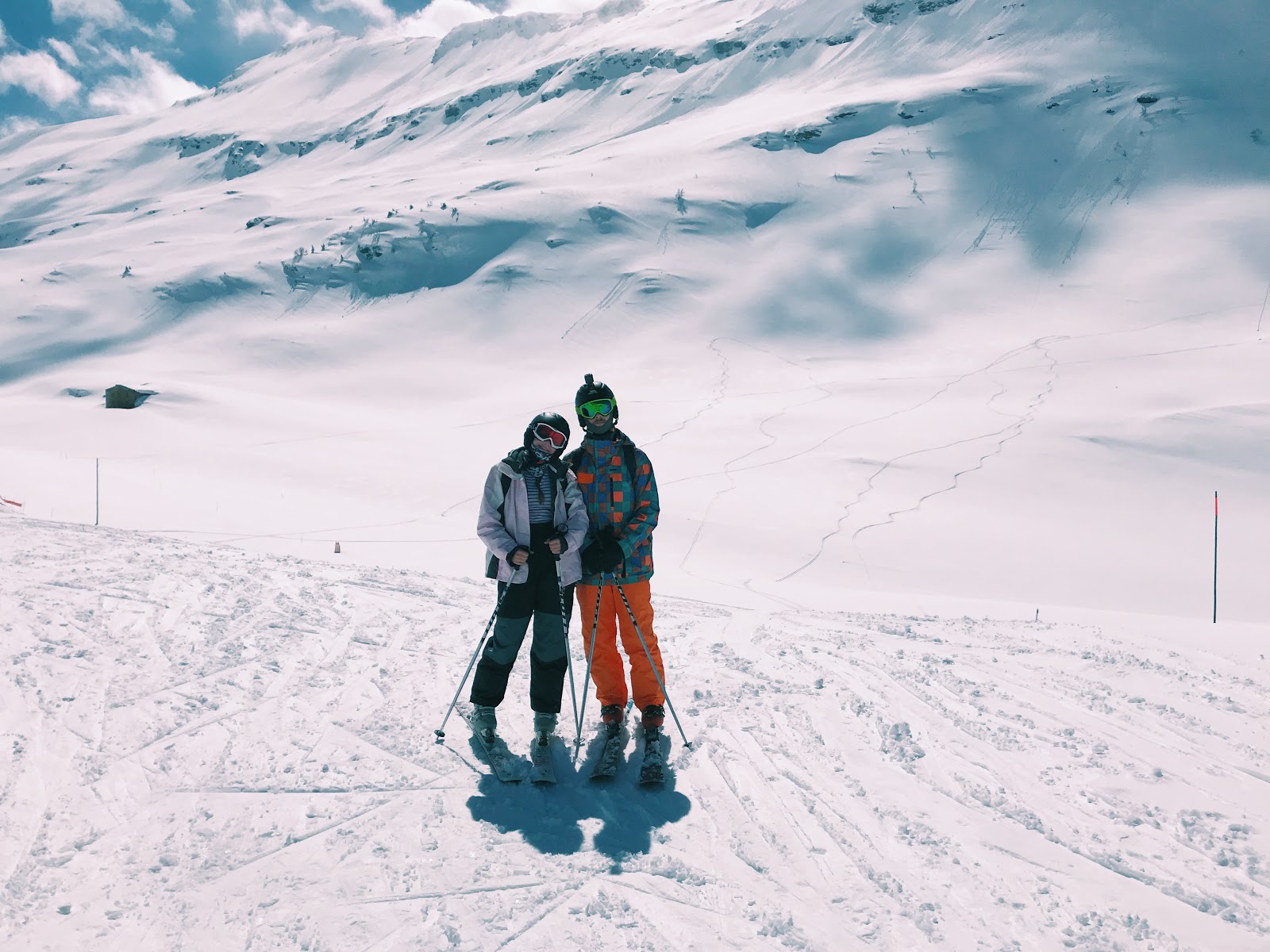 Ski holidays weren’t on the cards for me as a kid, with my family holiday destinations always consisting of somewhere sunny and in close proximity to a beach. Don’t get me wrong I love the relaxed feeling of sunbathing next to a pool, the strong smell of suncream and reading more books in one week than I would usually get through in a year, but when the opportunity to go skiing came up, I can’t deny I was excited about this new kind of holiday.

My naivety to the whole experience meant I had absolutely no idea what to expect in the lead up to our trip. I had Sam telling me not to expect any snow in the town, colleagues advising me to take plenty of painkillers for the physical activity my body would not be prepared for, and my mum reminding me to pack 10x the amount of thermals any normal person would need for a week of skiing. That said I survived my week with no broken bones and a new found love for holidays in the mountains.

We stayed in the small resort of La Norma, which was perfect for me as a beginner, but also useful for the other people in our party who were experienced skiers. We had lift passes that covered four other local resorts, all within half an hours drive from La Norma. Our resort was in a charming little town in the heart of the French Alps, at 1350 metres in altitude, with their highest peak at 2750m. It’s smaller size also made it easy for me as a learner, I felt comfortable when I had to ski on my own on the easier slopes. The best thing was our chalet was just a few meters from the bottom of the slopes, making it perfect when getting up and out on time for my 9 am lessons.

*Early apologies for the not-so-great-quality photos, as you can probably guess, I didn’t bring my DSLR out on the slopes with me

Getting to La Norma

Our British Airways flight from London Heathrow to Lyon–Saint-Exupéry took approximately 1hr 40 minutes and lucky for us, we were able to use the BA lounge at Heathrow before our flight. This pretty much consisted of us stuffing our faces with free food and drinks before leaving at the last possible moment to get to our gate. Once we had arrived in Lyon and picked up our hire car, the journey to La Norma takes roughly two hours. However, an endless rainstorm pushed us back a little longer meaning we arrived at our chalet late Friday night.

My first lesson consisted of me snowploughing down the beginner slope until I built up enough confidence to start turning. Although I was still getting the hang of being on skis, my instructor talked me through the technique and how I should be shifting my weight into my heels to control my turns. For some reason, I got the hand of turning left but had spaghetti legs everytime I tried turning right. Despite this, I was determined to keep practising. (Also how cute are the rainbow skis I got from the ski rental?)

On our second day, I took another private lesson with an instructor before my group lessons started on the Sunday afternoon, after these two sessions I felt much more comfortable on my skis and could at least keep myself standing. After my group lesson, Sam took us on the green slope to practise what we had learnt down on the beginner slope. Although I was a little bit shaky on the turns I managed to get to the bottom in one piece! 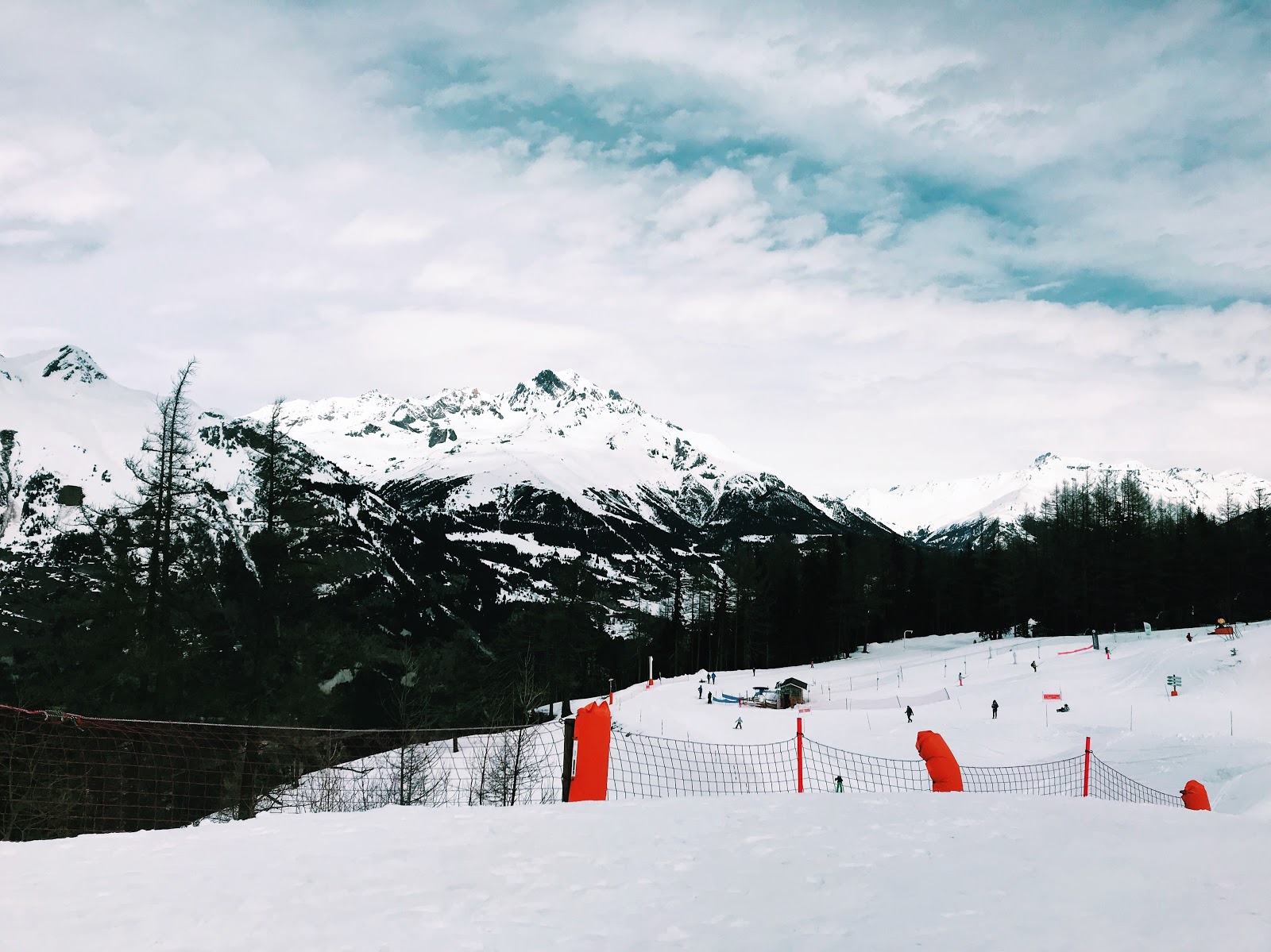 Day three consisted of more lessons in the morning and staying on the slopes till about 4 pm. I had been in my ski boots for almost 7 hours, which called for a serious leg and foot massage and a ton of muscle rub so that I would be ay-okay to carry on the next day.

Day four was a very relaxed day of skiing which consisted of two coffee stops and one hot chocolate, before heading over to the resort Aussios to meet the boys. I skied my first blue and didn’t fall over! This was also the highest point I had been too, so as you can imagine the view was pretty spectacular… 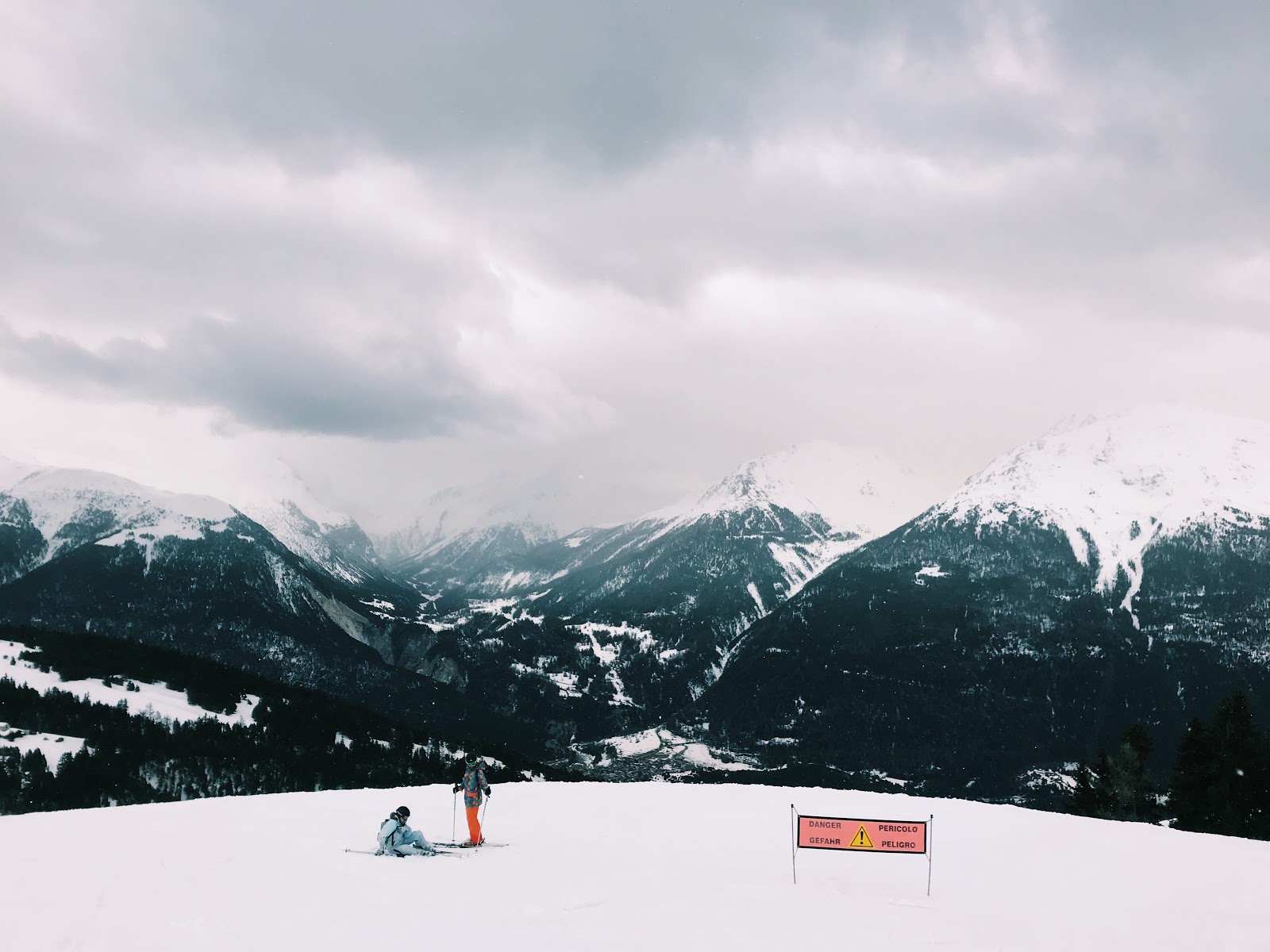 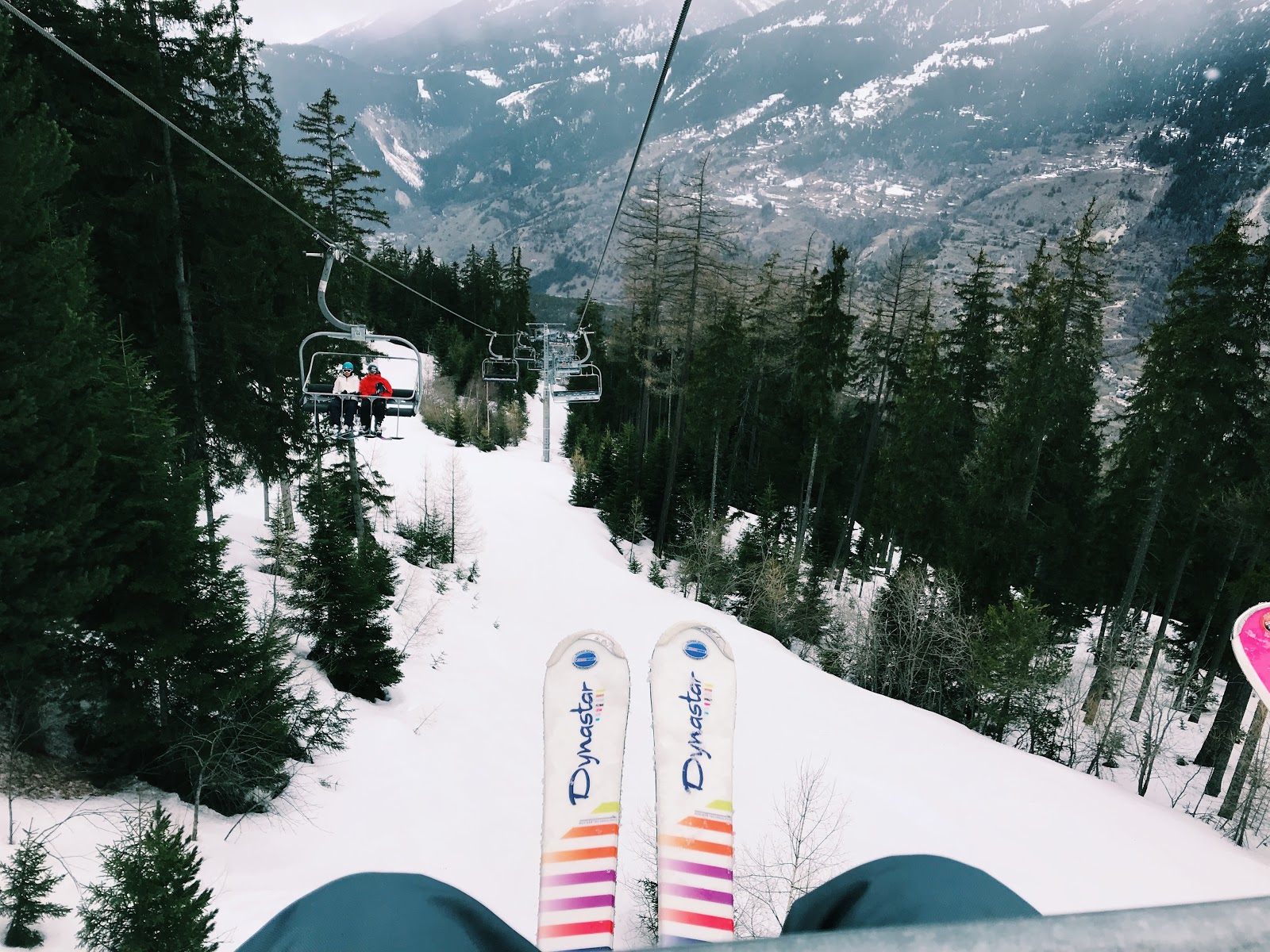 This was probably my favourite day of skiing, I had my morning group lesson as usual and then joined in with a private lesson. By this time in the day, the snow was falling heavily, which made for great snow on the slopes for more practising. In the afternoon I skied with Sam and lucky for us the sun made an appearance, while everyone else at our resort had the same idea – avoid the heavy snow and go back to the village. This meant the sun was shining and the slopes were empty – the perfect time for me to try my first red slope, I fell over about 3 times and Sam captured it all on the GoPro! 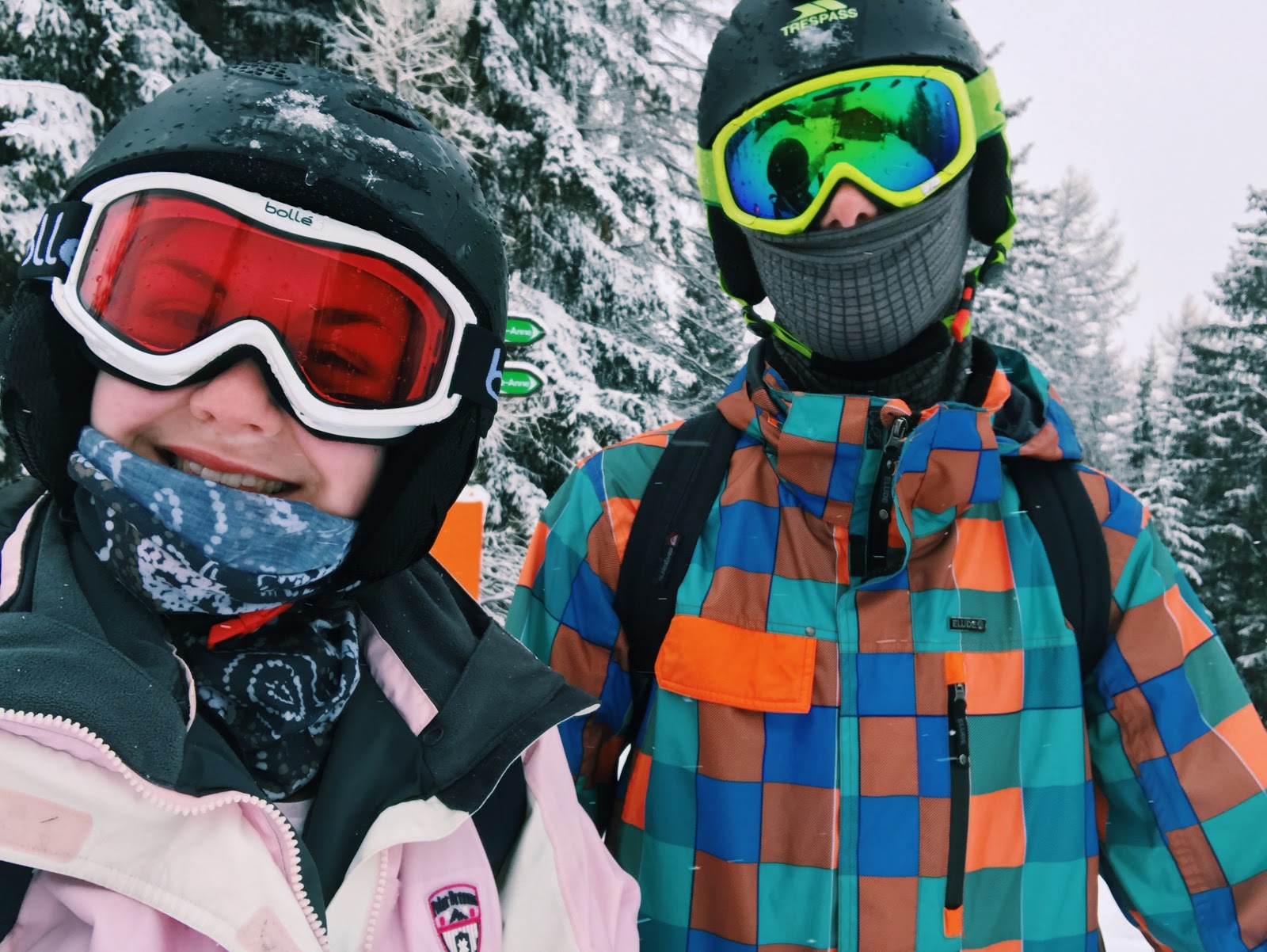 Our last full day of skiing was spent in the resort Val Cenis, not far from La Norma. We arrived in the afternoon as I still had my group lesson in the morning. The sun was shining all day, making the snow slushy and not idea for me as a beginner. We went slightly higher to avoid this snow, which was I was so glad we did as the view was incredible! This resort borders the Italian Alps so as you can see, it was pretty special. Also, they had a very tame blue slope for me to ski down from for what I thought would be my last run of the holiday. (I didn’t realise I still had paid for one more lesson on the morning of our departure day). 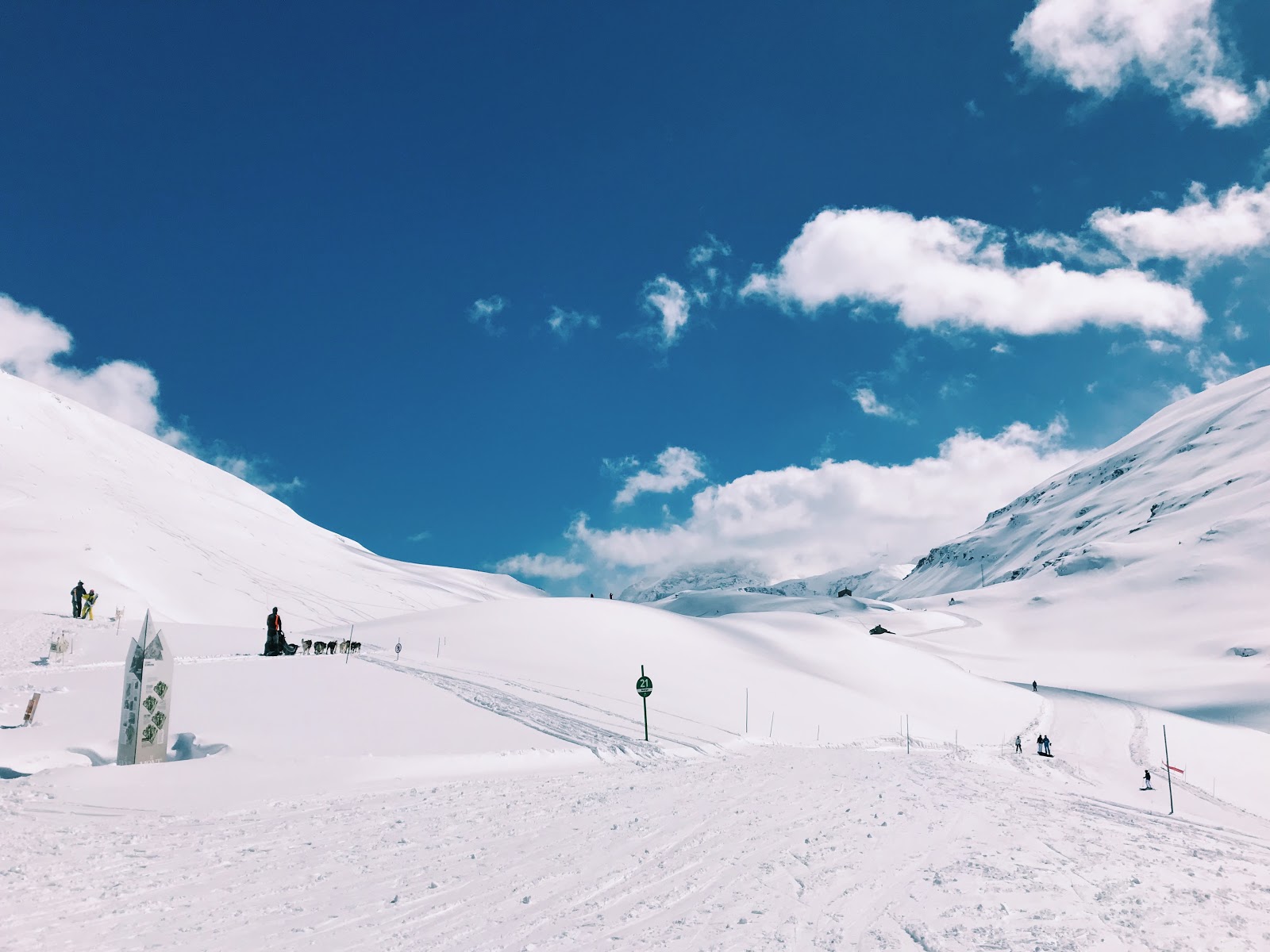 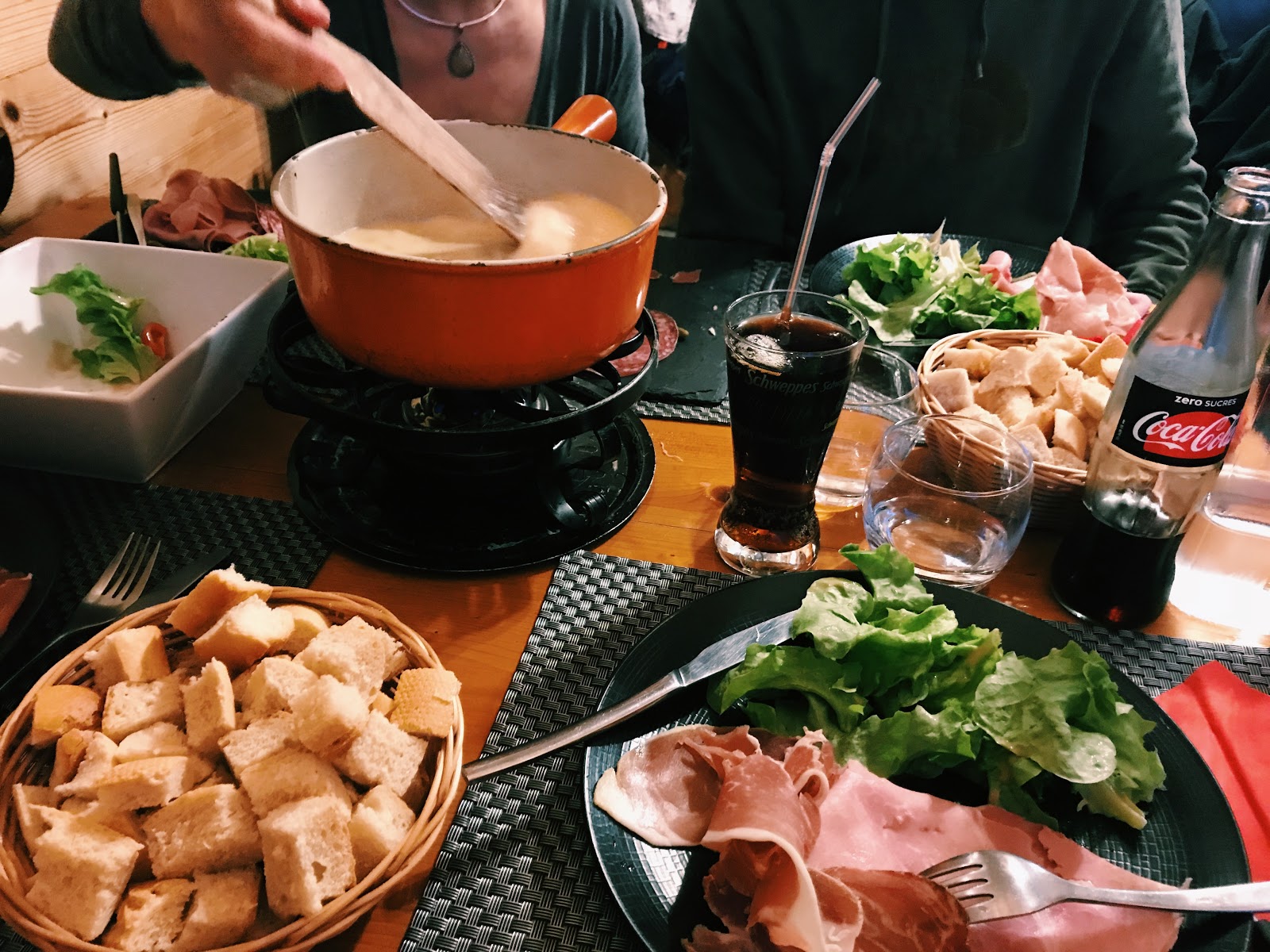 So it looks like I’ll be giving skiing a go again in the future as I enjoyed my week so much! Have any of you been skiing before? Let me know in the comments!