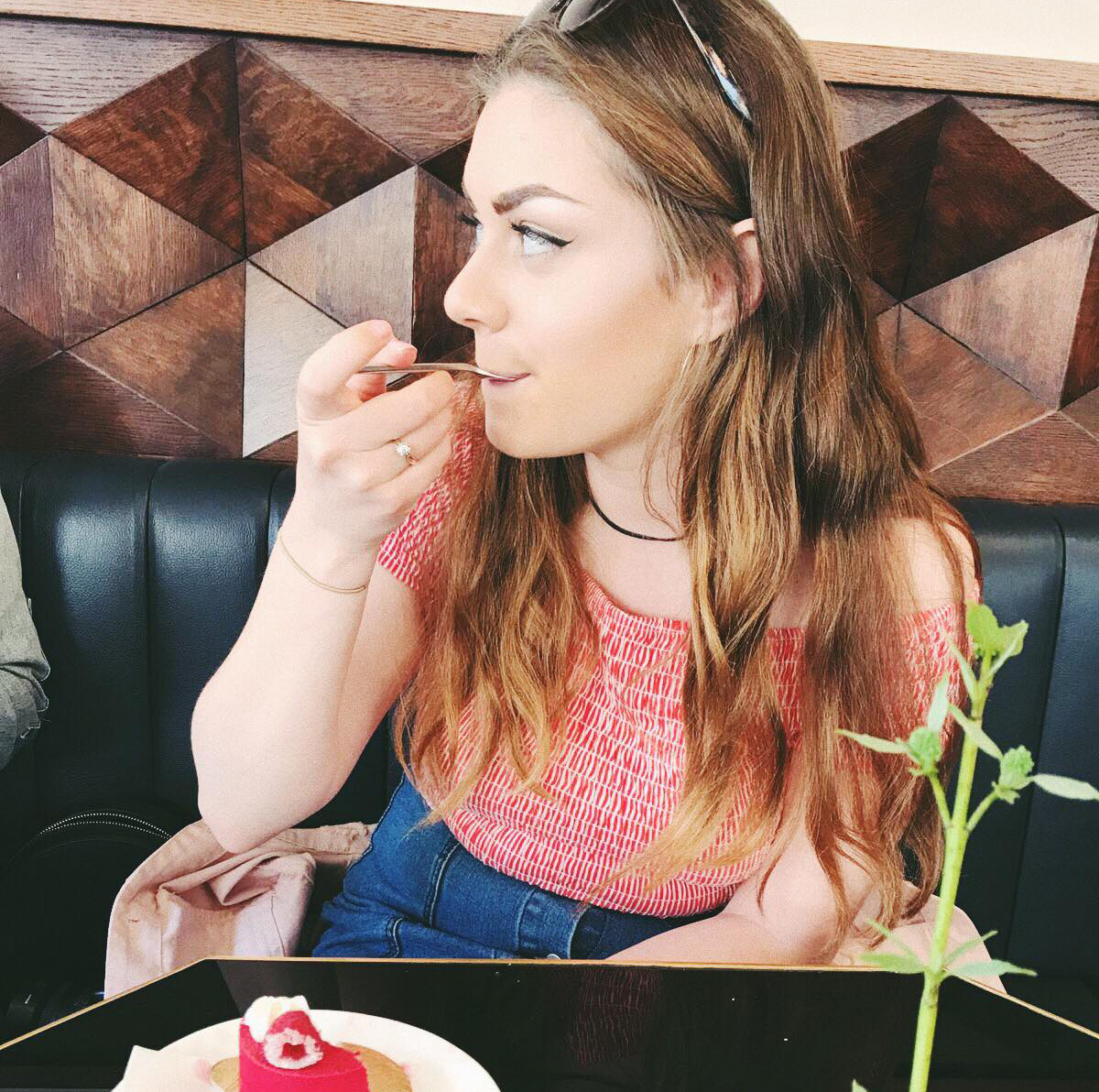 Before I book a trip, I always, without a doubt, check Pinterest first. Whether that be for sights, food, travel tips or fashion inspiration, basically anything that will help me with planning to go away. Similarly to researching any European city, when I was browsing blog posts and photos from Prague, I came across a lot of people raving about their favourite places to eat. As we were aware Prague would be one of the cheaper cities to visit, I knew that we would be eating and drinking out a lot, unlike some of my other budget city breaks. So, since sharing is caring, here’s my food guide to Prague…

Trdelnik- also known as chimney cakes. I don’t need to give you a specific location to get your hands on one of these as they are literally on every corner – not even every corner, they are all lined up next to each other all over Old Town Prague. It’s like Starbucks in NYC, everywhere you look Trdelnik shops line the streets. You can get a variety of different fillings from each place, we managed to find one on our last night that filled them with pistachio cream which was delicious. You can even get savory ones, but I always opted for the sweet ones. 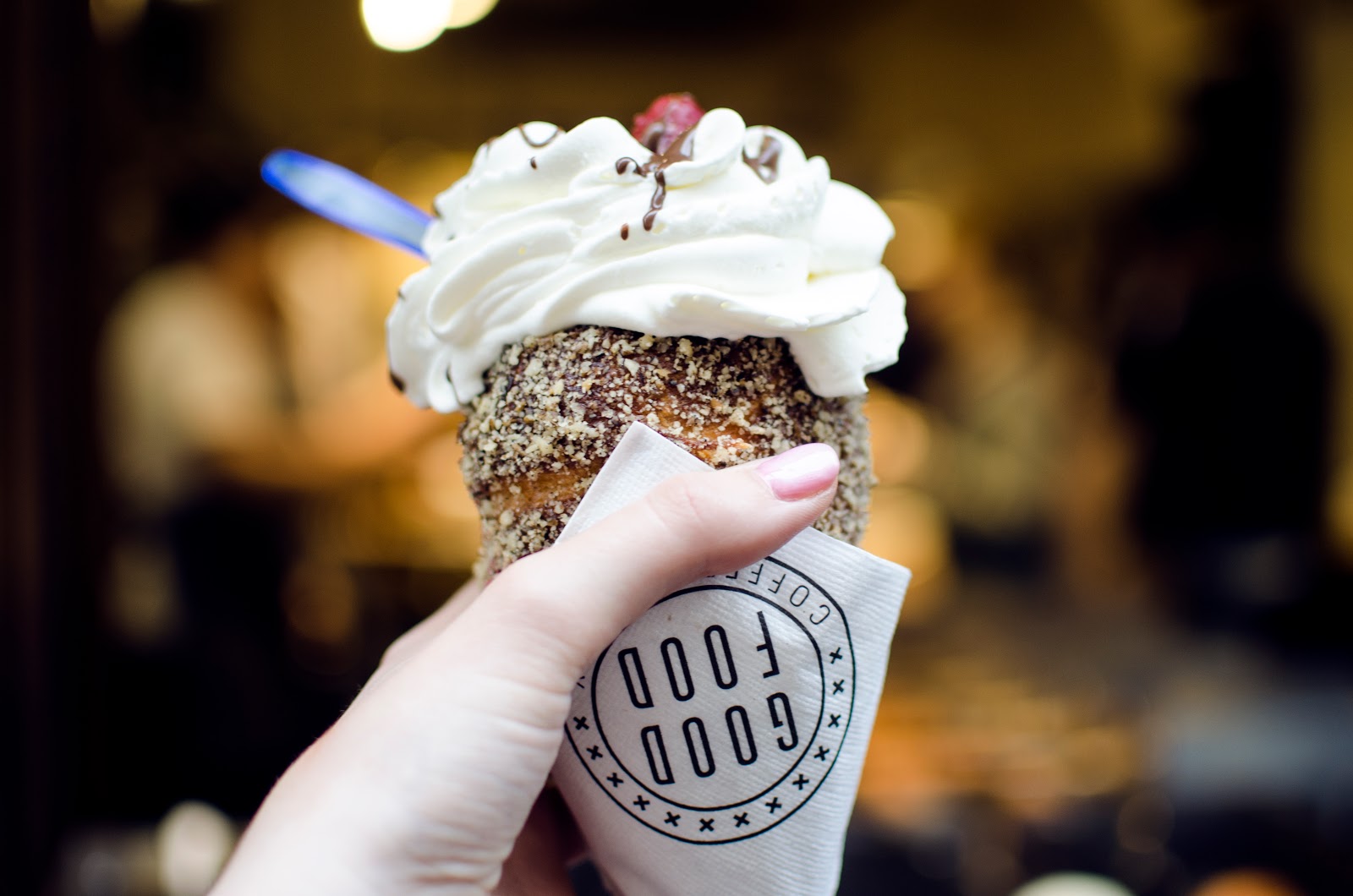 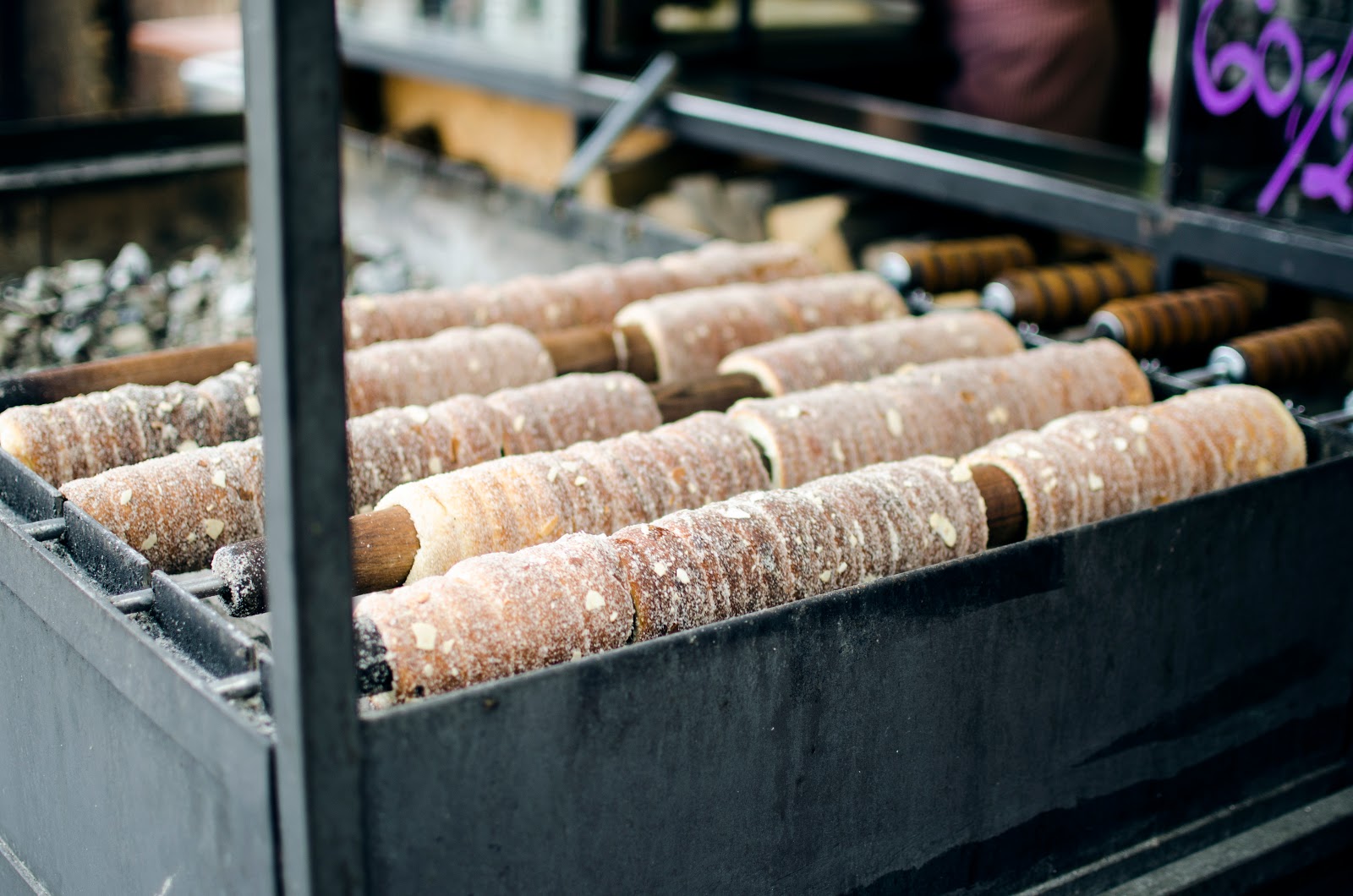 Potato chips on a stick are a popular street food in Prague, also available all over the city. I just had plain salted potatoes but you can have them with sausages and cheese if you’re after something a little more filling. I wasn’t even hungry when I had these, I just really wanted to try them… 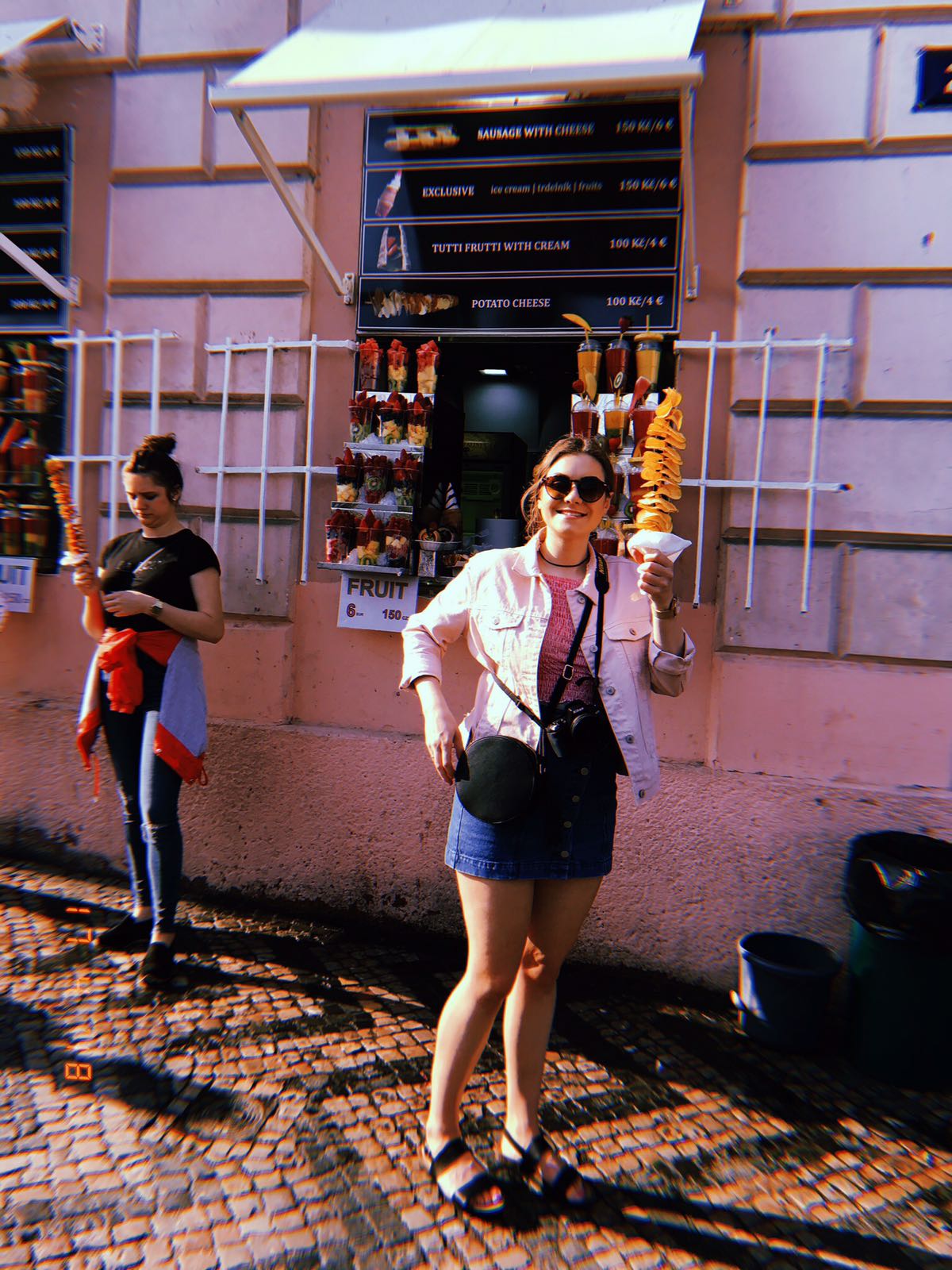 City breaks are hard work, which is why caffeine fixes are a regular occurrence, especially when there are so many little coffee spots to try. Two of my favourites were Bakeshop (left) and Cafe Savoy (right). Bakeshop was a quick stop off to refuel with a refreshing ice coffee and cookies, whereas we went to Cafe Savoy on our last day when we were filling the time before our flight. Cafe Savoy is a restaurant and coffee bar with a classy atmosphere. It’s worth going just for the beautiful interiors!

We stumbled across Prague’s Cubist Cafe when looking for one of the places featured later on in this blog post, but luckily we had found a gem. Slightly more expensive than some places we had visited for lunch but it was definitely worth the extra pennies as everything we had was delicious. We had salads and sandwiches for lunch and then couldn’t help but choose a few of their incredible desserts to try. They were mousse cakes with beautiful details, you can see I opted for the raspberry, Jodie had the coffee bean and Helena picked the pistachio one, although we each tried them all. 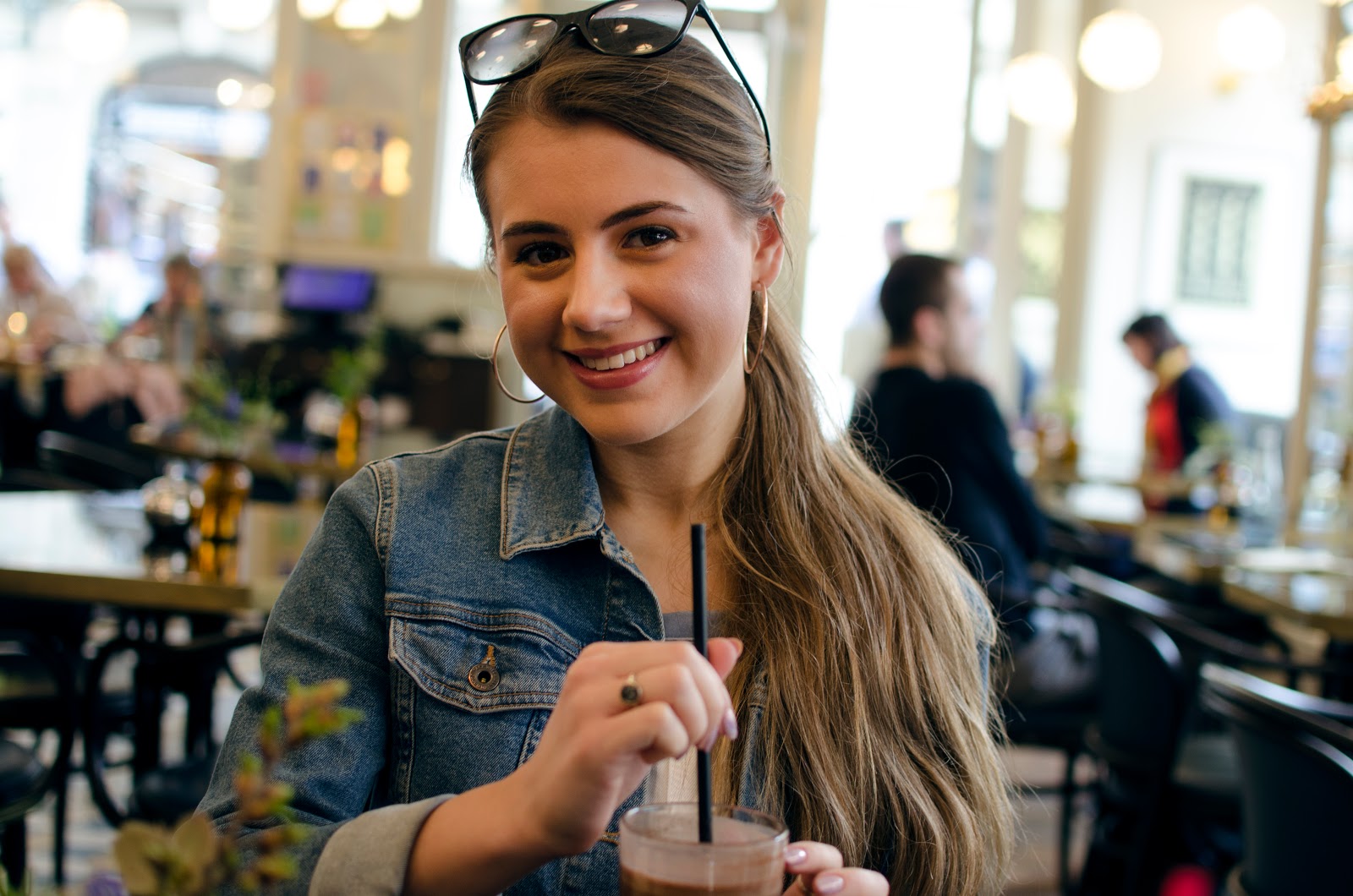 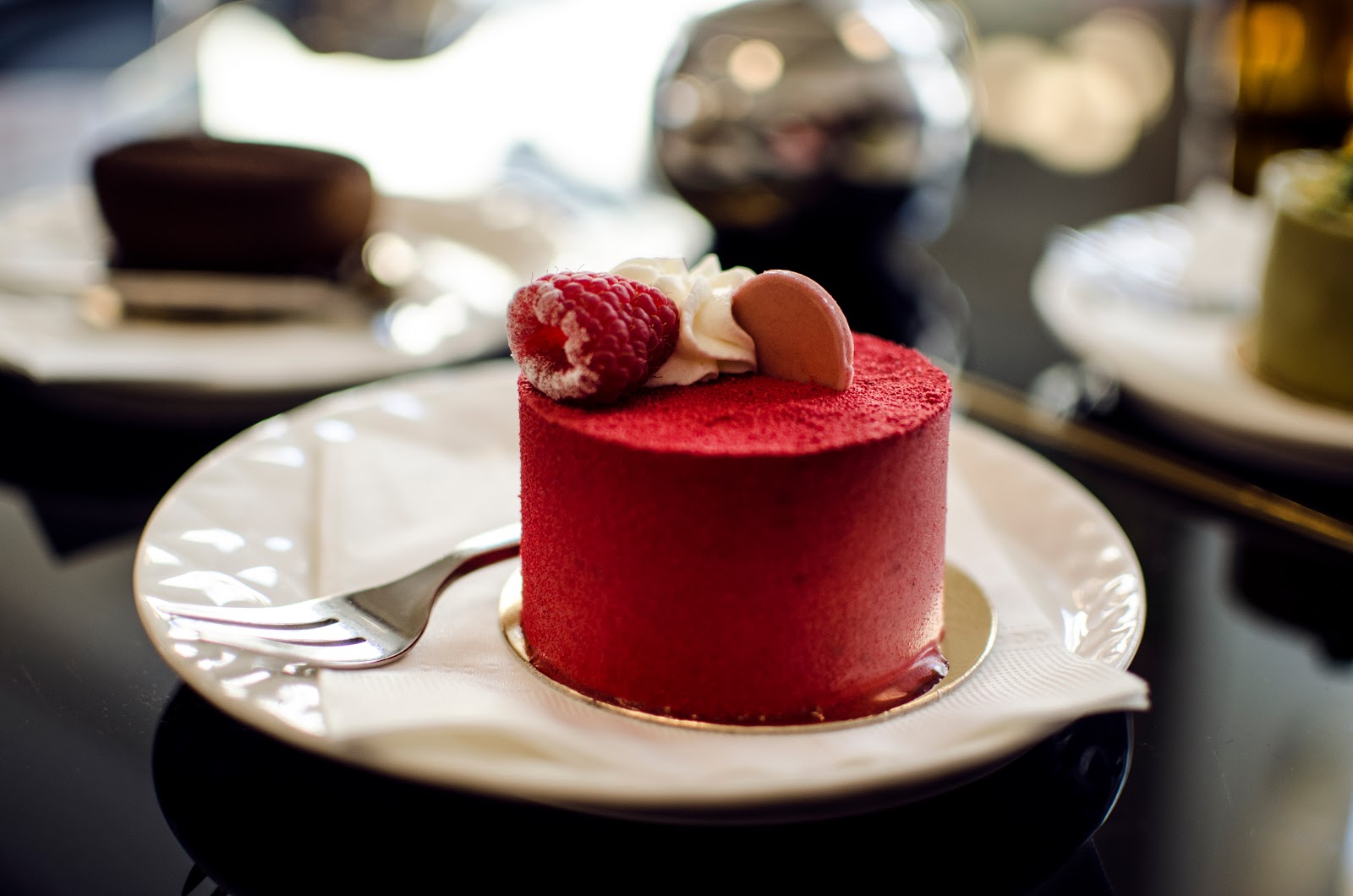 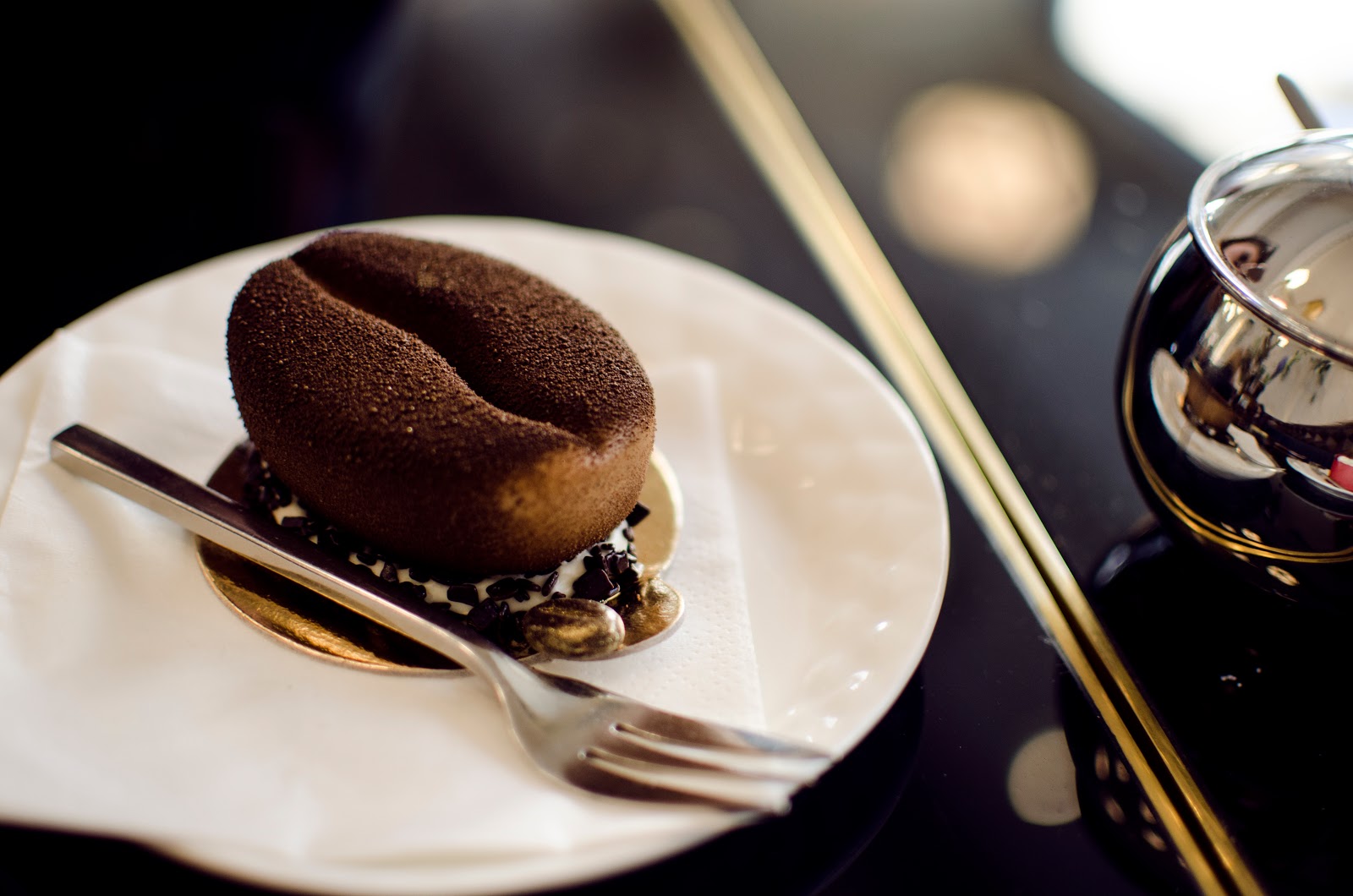 Drinking is a big deal in Prague, there are so many bars to choose from and also some hidden ones if you’re looking in the right place. We found this cocktail bar under the Municipal House, which is an art venue that hosts operas, ballets, and classical concerts. This hidden spot was below the main venue and had a 1920’s speakeasy aesthetic with very strong drinks… The bartender also saw us do cheers to the three of us turning twenty one and kindly gave us sour cherry shots on the house. 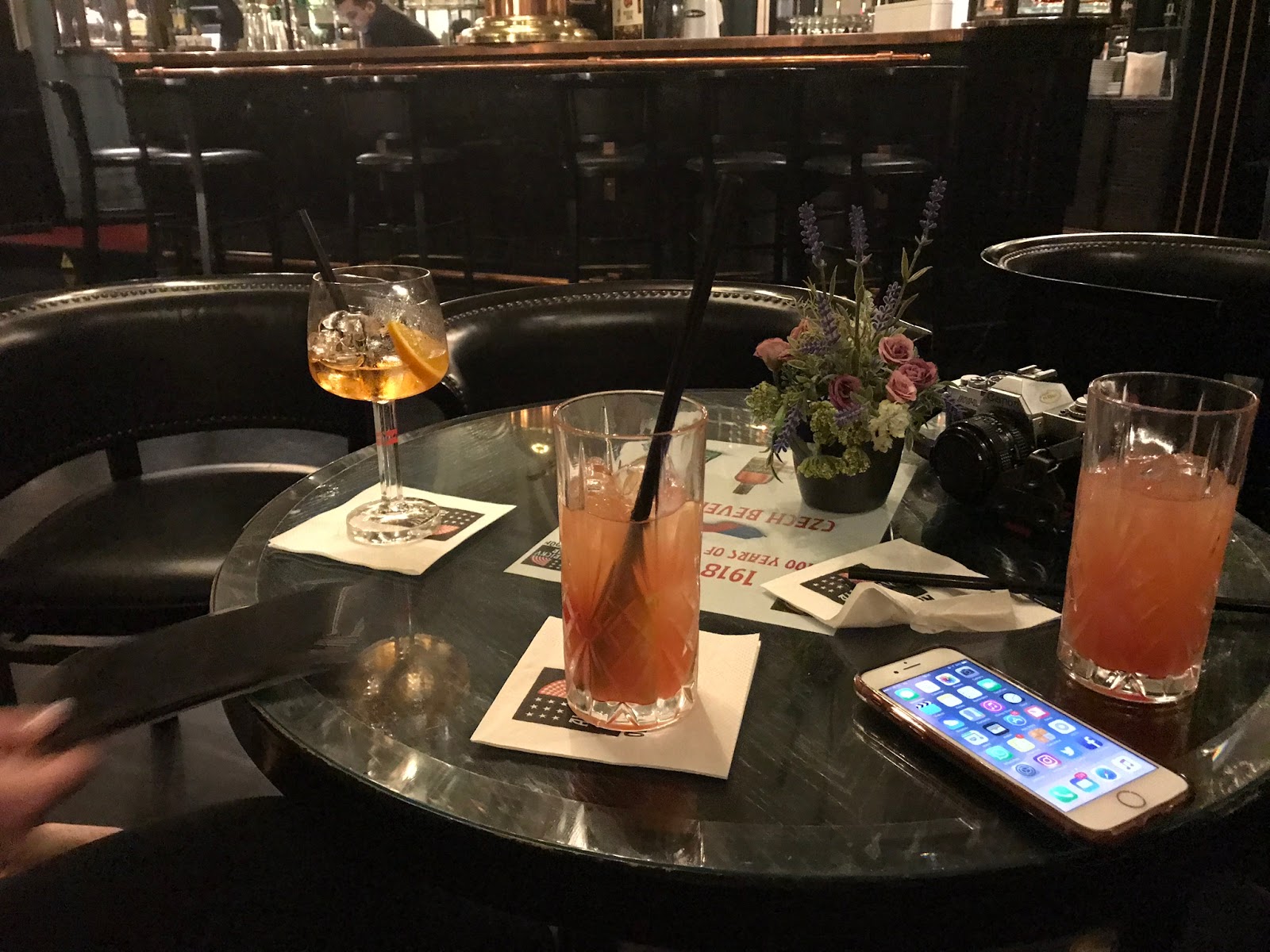 On our last night, we opted for dinner with a view, although I forgot to take a photo of the said view (unfortunately, the astronomical clock was under construction so it was covered by scaffolding). However, we still had a wonderful view of Old Town Square as the sun set over the city. The restaurant was called Terasa U Prince and was part of one of the hotels located in Old Town Square. I should add there was a separate terrace which had a different menu and I believe was for hotel guests or booked tables only. We sat in the open area on the street. As we were in the prime tourist area we paid a lot more for average food but you pay for the location and the busy atmosphere of everyone sat outside admiring the views. They also did cocktails – jackpot! 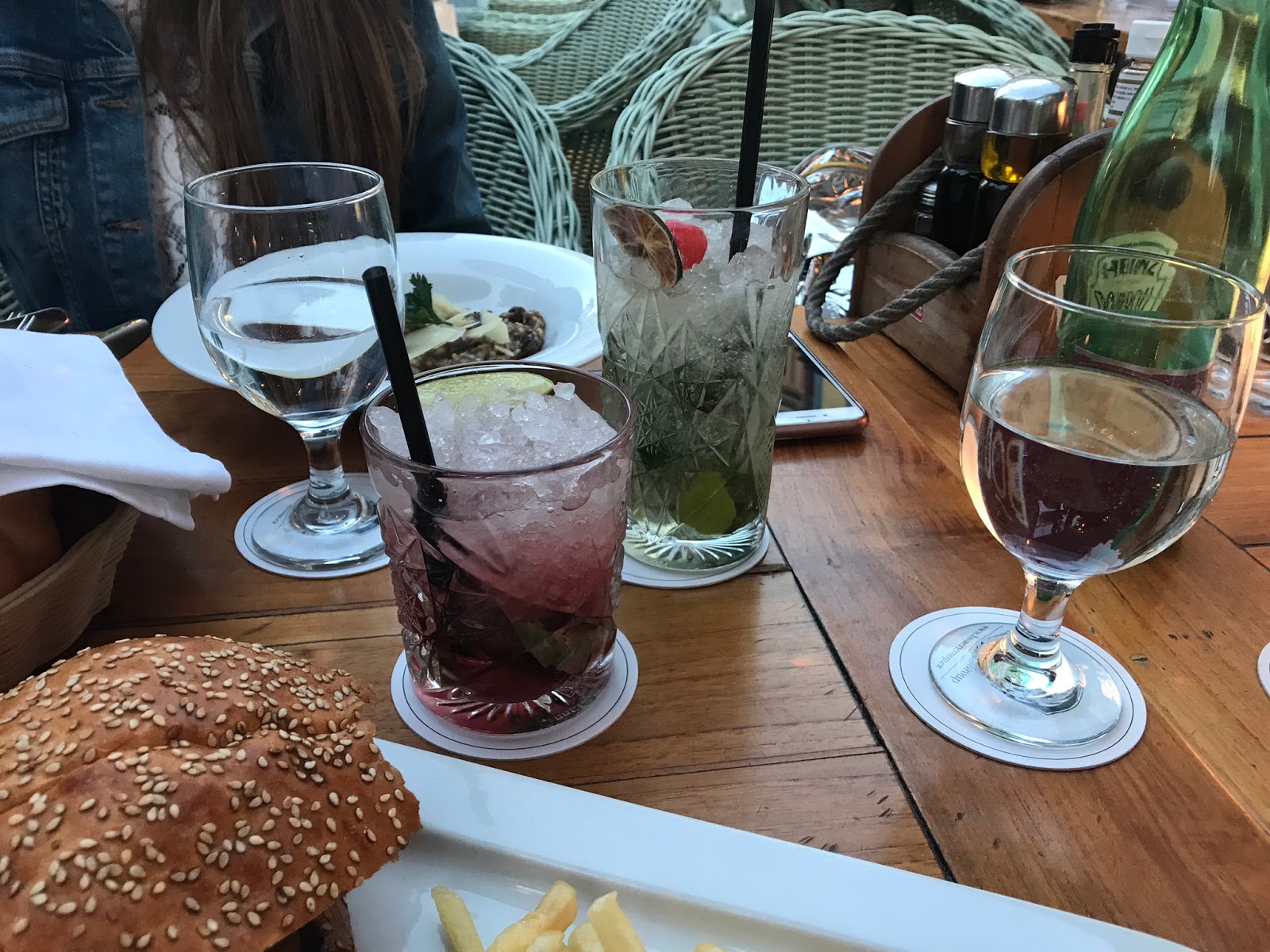 Although I mentioned Prague was cheap, it didn’t mean I was in the position to spend all my money on eating and drinking. As the weather was so nice we decided to have a picnic on one of the afternoons. There are so many green spaces and parks to relax in, as well as the island in the middle of the River Vltava. We picked up a bunch of food from M&S (typical Brits abroad) and a punnet of strawberries from a street vendor and spent a few hours sitting in the sun while stuffing our faces.

Our budget meal out was at Vapiano’s, which is a popular Italian restaurant that I have seen in a few cities across Europe. You could have a main dish and an alcoholic drink here for less than £10 and despite its cheap prices the food is good and there is a wide variety of options on their menu.

This is the spot we were originally looking for when we came across the Cubism Cafe, which was actually underneath this spot; Grand Cafe Orient. By the looks of it, they had the same owners as the waiters were dressed in the same uniform but both had slightly different menus. I always find it funny how various cultures have a different take on breakfast’s, from the menu it sounded like we would be getting something similar to a fancy fry up, which essentially it was, but the presentation and the side salad was far from the cooked breakfast we are used to in the UK. Even the coffee was fancy… 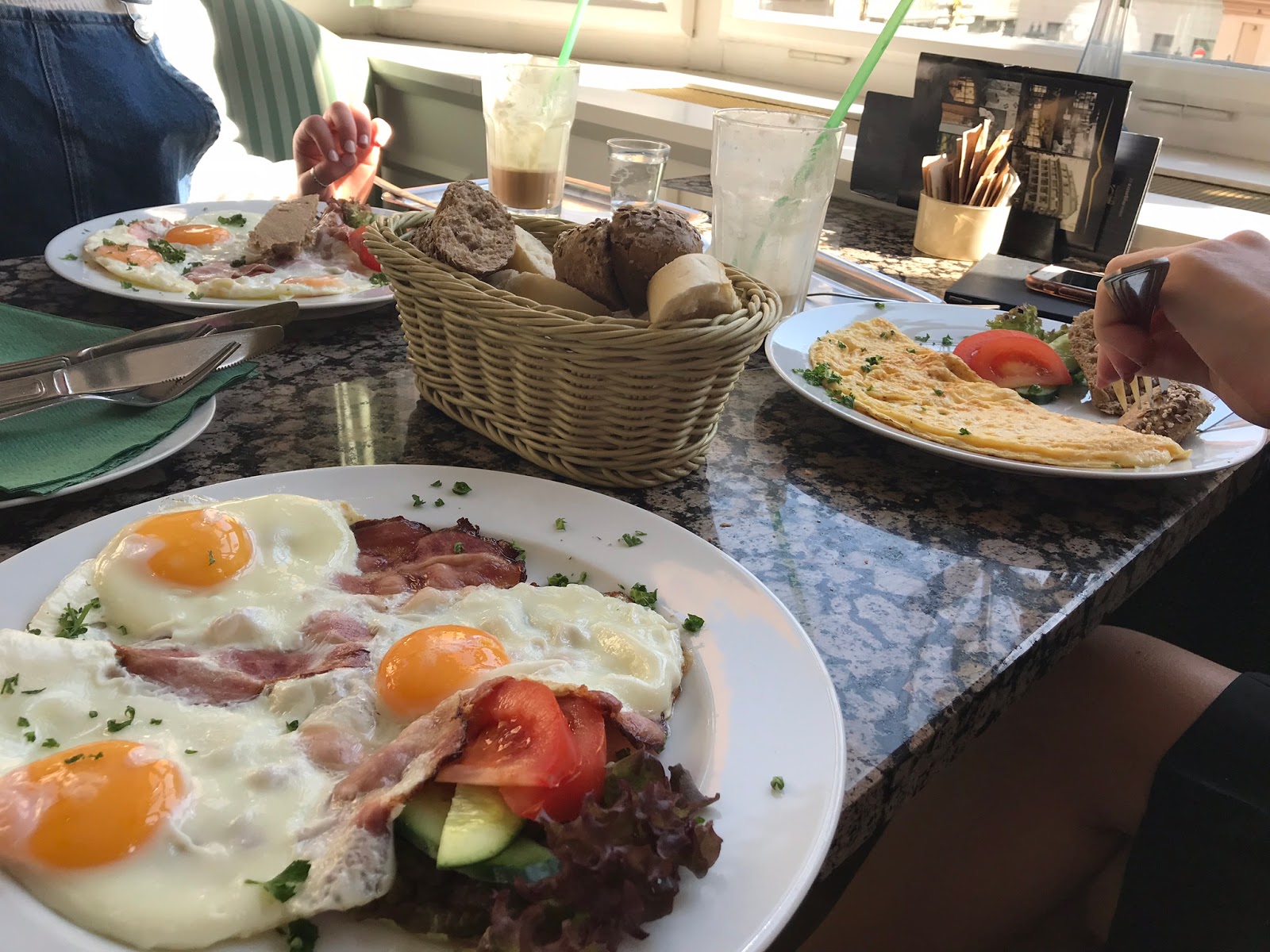 There was a small (when I say small, I mean small) balcony outside but they only seated tables of two so we ended up in a big table by the window, soaking up the last of the Czech sunshine before we left later that day.

What would be a trip to Prague without sampling some of the local beer, which is always served in a stein. We stopped frequently and tried some of the on tap lagers, this time was across The Charles Bridge, not far from the John Lennon Memorial. The street Mostecká had an abundance of pubs and food spots under the arches. It was also the prime place for a pit stop before we walked up to The Prague Castle in the midday heat.

Have you ever been to Prague before? What would you recommend?